Most Shabbatot after shul, my father, Dayan Grunfeld, would take me by the hand and together we would climb the steep stairs to the second floor of a tenement house in North London. There, in a large oak bed, lay Mr. Lizzack the stockbroker, whom illness had confined to bed year after year. My father, in his finest black rabbinic Shabbat clothes, would pull up a chair and Mr. Lizzack would perk up as they began talking about stocks and shares, the parshah and Mr. Lizzack’s health.

Visiting the sick, bikur cholim, is one of the mitzvot listed in the prayer “Eilu devarim she’ein lahem shiur” – “These are the things that have no measure.” According to our sages, the Torah itself stresses the importance of bikur cholim in several places. When Yitro advises Moshe to educate the people of Israel by “showing them the way to go,” he is referring to the duty to visit the sick. “Walk behind God,” Moshe advises the people of Israel. “Is it possible for a human to walk behind God?” asks the Talmud. Rather, says the Talmud, follow God by emulating his ways.


Just as God visits the sick, so should you visit the sick. And how do we know God visits the sick? Rabbi Chamma, the son of Chanina, said that God came to visit Abraham on the third day following his circumcision, Genesis 18:1, Bava Metzia 86b). And when Korach challenges the authenticity of Moshe’s leadership, Moshe replies: “If Korach dies the death of all men and the visitation of all men is visited upon him, then it is proof that God has not appointed me.” The death of all men to which Moshe refers is death following bedridden sickness. And the visitation of all men refers to visiting the sick as they lay dying. From Moshe’s reference to visiting the sick, the Talmud rules that bikur cholim is referred to in the Torah.

According to the Ramban, bikur cholim requires the person visiting the sick to do the following things: To make sure the sick person is physically comfortable and not in a state of anxiety concerning his immediate needs; to show him he has friends who care; and, most important, to beseech God that the sick person fully recover.

Based on God’s personal visit to Abraham, no person, however great, is absolved from the duty of bikur cholim and no task, however menial, may be overlooked. And so when Rabbi Akiva noticed that one of his students was writhing with fever, alone in his dormitory with nobody to take care of him, Rabbi Akiva himself took charge. He sat with him and swept and tidied and aired his room. “Rebbi, you have brought me back to life,” the student said. Upon leaving his room Rabbi Akiva warned his students, “Whoever does not visit the sick has blood on his hands.”

The leitmotif that emerges from various halachot of bikur cholim is the call for identification. As Rabbi Avraham Weiss puts it. “The world is not divided between the sick and the healthy, but rather between the sick and the not yet sick.” When a friend of the same age visits a sick person, he relieves the sick person of one-sixtieth of his sickness. Perhaps this is because the friend, being so close in age, keenly feels “there but for the grace of God go I.”

Persons suffering from certain types of sickness such as migraines, eye infections and stomach ailments are, according to the halacha, better off if they are not disturbed by a visit. Instead one should enquire after their health, pray on their behalf and lend their families a hand. If there has been hatred between the sick and the one who wishes to visit him, caution should be exercised. The best course of action would be to ask for permission to visit in advance rather than unilaterally showing up. The primary concern is not your need to be there, but whether your presence will cheer up or upset the patient. Of course, in weighing these delicate considerations, the history and intensity of the hatred are important factors. It is perfectly appropriate for a man to visit a sick woman, and vice versa, in the company of others. 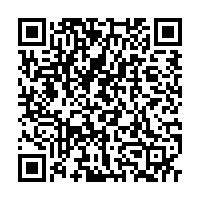