Question: Why is Shavuot celebrated as a two-day Yom Tov? The Bible clearly states that Shavuot comes after counting 49 days starting on “the morrow after the Sabbath,” which the Talmud explains is the day after the first day of Pesach. Since everyone knows the date of the first day of Pesach (even in the olden days, the news regarding the exact date of Rosh Chodesh Nissan would have reached everywhere by the time Shavuot arrived), what need is there to celebrate Shavuot for two days?

Answer: To answer this question, we must first explain how the Jewish calendar works today and how it used to work before Mattan Torah.

Some maintain that the Jewish calendar works in this manner based on the Biblical description of creation (Genesis 1). At the conclusion of each day, the Torah says, “And it was evening and it was morning.” In other words, evening preceded day.

Others, however, argue that this verse is a mere description, not an instruction manual on how to organize the Jewish calendar. Indeed, another biblical description places morning before evening: “While the earth remains, seed time and harvest and cold and heat and day and night shall not cease” (Genesis 8:22).

Rav Pinchus HaLevi Hurowitz (1730-1805, author of the Panim Yafot) suggests that the source for how we organize the Jewish calendar is Leviticus 23:22: “From evening to evening shall you celebrate your Sabbath.” This verse, which places evening before morning, concerns the observance of Yom Kippur. It is a specific imperative detailing the actual time parameters of the holiday.

Rav Hurowtiz, however, argues that before Mattan Torah the Jewish calendar operated on the assumption that morning is the beginning of the day. Rav Yaakov Kaminetsky (Emet L’Yaakov, Parshat Bo, 280, 281) offers proof for this thesis. It is a well-known tradition that Avraham established Shacharit, Yitzchak established Minchah, and Yaakov established Maariv. If the Jewish day starts at night, though, we would expect Avraham, as the first of the Patriarchs, to have established Maariv, not Shacharit! The fact that he established Shacharit indicates that the Jewish day used to start in the morning. The verse in Psalm 92, “L’hagid baboker chasdecha v’emunatcha balaylot,” which places morning before night, indicates the same thing. (This psalm predates Mattan Torah.)

(The above would explain why halacha gives priority to the Shabbat day meal over the Friday night one if one has a limited number of delicacies. We are reminding ourselves how Shabbat was observed before Mattan Torah.)

(Note: Based on this explanation, Jews in Israel should also celebrate Shavuot for two days. Perhaps, they don’t because they never celebrate Yom Tov for two days and didn’t want to make an exception.) 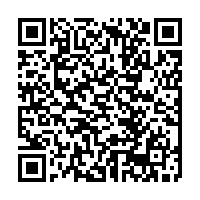