It was a couple of days before Pesach and Rabbi Chaim Zaid was on his way back home to Bnei Brak from Elad where he had just given a shiur. Aside from the special shiurim and presentations he is renowned for, Reb Chaim is greatly involved with his talmidim and numerous chesed projects.

Sitting on the bus, Reb Chaim watched a man board. He put his hand in his pocket and withdrew it empty. He must have left his wallet at home. The voices were getting louder as the man and the bus driver negotiated.

“I travel this route every day at this hour. Please let me get on without paying today. Tomorrow I will pay double.”

The driver refused. “Either you pay or you get off the bus!”

The man attempted to convince the driver. “If I don’t take this bus, I will be late to work,” he pleaded. “I can’t come late. Please, just this once…”

The driver was not swayed. “Off!”

Hearing the argument, Reb Chaim jumped out of his seat and ran to the front of the bus. He withdrew some cash from his pocket, gave it to the driver on behalf of the anonymous fellow, and then returned to his seat.

The grateful passenger followed him and asked, “What’s your name?”

“What difference does it make?” Reb Chaim replied modestly. He did not want his beneficiary to feel obligated to return the money.

The man pressed him. “Tell me!”

“My name is Chaim Zaid.”

The bus arrived to Bnei Brak and Reb Chaim got off at his appointed stop, the incident with the bus fare completely forgotten.

Pesach was approaching and, as every year, Reb Chaim was heavily involved in a Kimcha d’Pischa organization. He spent many hours at a distribution warehouse loading boxes and boxes laden with Pesach products and delivering them to poor families.

When his route was done, Reb Chaim returned home. As he removed his jacket, he realized that his wallet was missing! He checked the pocket of his coat, where he had last placed it, but it was empty. He rummaged through all his pockets, but the wallet was gone!

After a long search, with the wallet still not found, Reb Chaim began to make phone calls. The wallet was ever so important to him. It contained a lot of cash, a number of checks and most importantly, essential documents. They checked the car and combed the warehouse.

Reb Chaim was very disturbed by his wallet’s disappearance, but he was determined to positively accept Hashem’s will.

“I’m calling from the shop at the gas station in Bnei Brak,” the caller said, “Your wallet was found and it is here. You can come get it.”

Hoping desperately that he would find at least the documents intact and wondering if it was at all possible that the cash and checks were still inside, Reb Chaim rushed over to the gas station.

He arrived at the store, hardly catching his breath, and approached the cashier. The cashier looked familiar. Reb Chaim looked again and it dawned on him that he was none other than the anonymous man for whom Reb Chaim had paid the bus fare just two days earlier!

The cashier related how the wallet arrived at his shop.

“It was just about night when a man drove up to the gas station to fill up his tank. He approached the little window of the shop to pay. He passed a credit card inside and called out, ‘Three hundred shekels.’ Then he turned to his car and I could not see his face at all. I picked up the credit card and the name on it jumped out at me, ‘Chaim Zaid!’ I was so excited! Hashem sent you to me so I would have the opportunity to repay you!

‘Zaid, Zaid,’ I called out after the man’s retreating back. But he continued to walk toward his car, without turning his face at all. At that second, it dawned on me that perhaps the card was stolen.

I called out on the speaker system, asking the customer to return because there was a problem with his card. ‘I need your Teudat Zehut (Israeli identification number, similar to a Social Security number in the United States),’ I said.

The man entered the shop, placed his wallet on the counter, and pulled out the Teudat Zehut card from inside. He began to read the numbers off the card. This raised another red flag as most Israelis know their numbers by heart, given how often it is needed.

‘Is this your Teudat Zehut?’ I asked him in the sternest voice I could put on. Meanwhile, I turned the security camera to shine on his face. The man panicked, realizing that his theft had been discovered. He turned around and ran out of the shop, jumped into his car and sped away from the gas station, leaving the stolen wallet on the counter.

Here! The wallet is yours!”

The cashier finished his story and handed the wallet to Reb Chaim. He was astonished to find every last bill, check, and document inside!

The cashier’s face was positively glowing, elated that he had been able to return a favor to one who had done him a favor, in wondrous full circle. 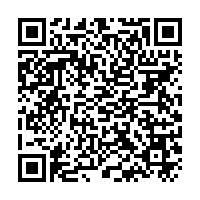