It was Erev Shabbos on Chol Hamoed Sukkos – not a choice time for a one-and-a-half-hour wait at the doctor’s office. But Yisrael, my 12-month-old, had been fussy and feverish during the first days of Sukkos, and had woken up that morning with a red, swollen eye. Afraid that he might have developed an eye infection, I neglected my unfortunate kitchen and headed for the doctor.

“The doctor says that the eye is okay – it’s just a small viral infection,” I told my husband after I came home, just a few hours before Shabbos. “But Yisrael also has a low-grade ear infection. The doctor prescribed moxypen, and we have the powder base at home, but he said that there’s a good chance that Paracetamol is enough to keep it under control for now.”


The doctor had told me that the infection was likely to go away on its own. I had to decide whether to prepare the moxypen powder before Shabbos or choose to wait it out until after Shabbos. Given that the fever had already passed – and getting the medication down my fussy baby’s throat would be a challenge of its own – I finally decided to wait it out. I put the prescription among a pile of miscellaneous, neglected paperwork, hoping that I wouldn’t have to use it.

When a few days passed and Yisrael was still kvetching and tugging at his ear, I finally relented. “That’s it, I had enough – I’m giving him antibiotics,” I said. I sifted through the pile of papers where I had dumped the prescription in order to read the dosage. I first dug out a prescription of moxypen that had been filled out for my six-year-old a few months before, followed by the correct prescription for my 12-month-old. It was then that I realized that something was amiss.

Wait a minute, this can’t be right, I thought to myself. While the doctor had prescribed a dosage of five milliliters twice a day of the same strength moxypen for my six-year-old, the dosage on the prescription for my baby directed that he take six milliliters.

A quick Google search led me to discover the doctor’s likely, and unforgivable, error. Instead of prescribing a dosage of three milliliters twice a day, an amount that would have added up to a total of six milliliters per day, he had prescribed a dosage of six millimeters twice a day. That was double the proper dosage – an amount that would have been appropriate for someone at close to three times my baby’s body weight.

How would things have turned out if I had prepared the medicine that Erev Shabbos? What would have happened had I not noticed my older son’s prescription from a few months before? Clearly, the decision not to medicate my baby immediately was Heaven-sent. I’ll be forever grateful for Hashem’s miraculous intervention. 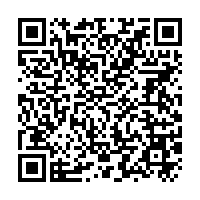