Throughout all Egypt the dust turned into lice. But when the magicians tried to produce lice by their secret arts, they could not. The lice attacked men and animals alike. The magicians said to Pharaoh, “This is the finger of G-d.” But Pharaoh’s heart was hard and he would not listen.

Too little attention has been paid to the use of humor in the Torah. Its most important form is the use of satire to mock the pretensions of human beings who think they can emulate G-d. One thing makes G-d laugh: the sight of humanity attempting to defy heaven.


“The kings of the earth take their stand, and the rulers gather together against the Lord and His anointed one. ‘Let us break our chains,’ they say, ‘and throw off their fetters.’ He who sits in heaven laughs, G-d scoffs at them” (Psalms 2: 2-4).

There is a marvelous example in the story of the Tower of Babel. The people in the plain of Shinar decide to build a city with a tower that “will reach heaven.” This is an act of defiance against the divinely given order of nature (“The heavens are the heavens of G-d: the earth He has given to the children of men”). The Torah then says, “But G-d came down to see the city and the tower…” Down on earth, the builders thought that their tower would reach heaven. From the vantage point of heaven, however, it was so miniscule that G-d had to “come down” to see it.

Satire is essential to understanding at least some of the plagues. The Egyptians worshipped a multiplicity of gods, most of whom represented forces of nature. By their “secret arts” the magicians believed that they could control these forces. Magic is the equivalent in an era of myth to technology in an age of science. A civilization that believes it can manipulate the gods believes likewise that it can exercise coercion over human beings. In such a culture, the concept of freedom is unknown.

The plagues were not merely intended to punish Pharaoh and his people for their mistreatment of the Israelites, but also to show them the powerlessness of the gods in which they believed (“I will perform acts of judgment against all the gods of Egypt: I am G-d” – Exodus 12:12). This explains the first and last of the nine plagues prior to the killing of the firstborn. The first involved the Nile. The ninth was the plague of darkness. The Nile was worshipped as the source of fertility in an otherwise desert region. The sun was seen as the greatest of the gods, Re: whose child Pharaoh was considered to be. Darkness meant the eclipse of the sun, showing that even the greatest of the Egyptian gods could do nothing in the face of the true G-d.

What is at stake in this confrontation is the difference between myth – in which the gods are mere powers, to be tamed, propitiated or manipulated – and biblical monotheism, whereby ethics (justice, compassion, human dignity) constitute the meeting point of G-d and mankind. That is the key to the first two plagues, both of which refer back to the beginning of Egyptian persecution of the Israelites: the killing of male children at birth, first through the midwives (though, thanks to Shifra and Puah’s moral sense, this was foiled) and then by throwing them into the Nile to drown. That is why, in the first plague, the river waters turn to blood. The significance of the second, frogs, would have been immediately apparent to the Egyptians. Heqt, the frog-goddess, represented the midwife who assisted women in labor.

Both plagues are coded messages, meaning: “If you use the river and midwives – both normally associated with life – to bring about death, those same forces will turn against you.” An immensely significant message is taking shape: Reality has an ethical structure. If used for evil ends, the powers of nature will turn against man, so that what he does will be done to him in turn. There is justice in history.

The response of the Egyptians to these first two plagues is to see them within their own frame of reference. Plagues, for them, are forms of magic, not miracles. To Pharaoh’s “magicians,” Moses and Aaron are people like themselves who practice “secret arts.” So they replicate them by showing that they too can turn water into blood and generate a horde of frogs. The irony here is very close to the surface. So intent are the Egyptian magicians on proving that they can do what Moses and Aaron have done that they entirely fail to realize that far from making matters better for the Egyptians, they are making them worse – by way of more blood, more frogs. 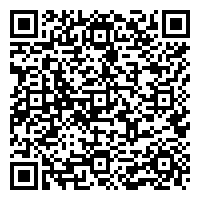