R’ Eliezer, R’ Yehoshua, R’ Elazar ben Azaryah, R’ Akiva, and R’ Tarfon were reclining together at a Seder in Bnei Brak. They spoke of Yetzias Mitzrayim throughout the night until their disciples came and said to them, “Our masters, it’s time to recite the morning Shema.”

We read about this particular incident in the Haggadah after reading that “the more a person speaks of the Exodus from Egypt, the more he is praiseworthy.” Many ask, though: What’s so unique about this incident? Weren’t there other Torah sages throughout Jewish history who sat and spoke about Yetzias Mitzrayim all night long? HaGaon Rav Elyashiv offered the following answer:


When Bnei Yisrael were taken out of Mitzrayim, they had sunk to the 49th level of impurity. If they had remained in Mitzrayim one more minute, they would have reached the 50th level and been lost forever.

Today when we see a Jew who has sunk to an extremely low spiritual level, we say there is no hope for him. But Hashem lifted Bnei Yisrael out of the depth of their debasement in Egypt, level by level, until they merited Matan Torah – when all the spiritual defilement was removed.

With the story of the five tana’im, the baal Haggadah gives us an eye-opening illustration of such a transformation. Let’s review the backgrounds of each of the five sages mentioned in this incident.

R’ Eliezer ben Hurkenos came from an extremely wealthy family and he did not learn any Torah until he was 28. Despite that, he became R’ Eliezer HaGadol.

His father had many fields, and R’ Eliezer as a youngster would help plow them. One day, his father found him crying and said to him, “Maybe you’re crying because the field is too full of rocks. I will give you easier fields to plow.”

R’ Eliezer continued to cry. When his father asked him why, he said he wanted to learn Torah. His father said, “You’re 28 years old. Marry, have children, and they will learn Torah.”

R’ Eliezer went for two weeks without eating. Eliyahu HaNavi appeared to him and said to him, “Ben Hurkenos, Why are you crying?”

R’ Eliezer said, “Because I want to learn Torah.”

Eliezer went to the yeshiva of R’ Yochanan ben Zakkai and sat and cried. R’ Yochanan saw him and asked, “Why are you crying?”

“Because I want to learn,” R’ Eliezer replied.

“Did you learn Kerias Shema, Birchas HaMazon or how to daven?” asked R’ Yochanan.

“Stand up and I will teach you all three,” said R’ Yochanan.

“Why are you crying?” asked R’ Yochanan.

“Because I want to learn Torah,” replied R’ Eliezer.

At that point, R’ Yochanan taught him two halachos every day, and R’ Eliezer reviewed them. And so R’ Eliezer began to grow and became a gadol hador. Soon he was doresh, and his face shone like the sun.

R’ Tarfon was extremely wealthy and owned many fields. With all those real estate holdings, it would be reasonable to assume that he didn’t have much time to learn. Nevertheless, from those circumstances emerged the great R’ Tarfon since his only pursuit was Torah.

Rabban Gamliel once went to R’ Yehoshua’s house and noted that the walls of his house were black. Today even the poorest person has painted walls; they may be discolored, but they’re not black. R’ Yehoshua’s poverty was glaring. And yet, from amidst this extreme poverty rose the great R’ Yehoshua ben Chananyah.

R’ Akiva came from humble beginnings. He began his life as a shepherd and was totally unlearned until the age of 40. The Medrash relates that R’ Akiva went to learn aleph beis in cheder with young children. They laughed at him, and he was ashamed.

His wife Rachel planted seeds in pots of dirt on top of their donkey to create a garden. She watered the soil until plants grew. When R’ Akiva took the donkey to the marketplace, everyone came running to stare at the sight, laughing with contempt. With time, though, onlookers became accustomed to seeing the absurd sight and fewer people ridiculed him.

“You see?” said Rachel. “When you go to learn aleph beis with the children, they will laugh the first day. The second day there will be less laughter. After a few days, no one will laugh anymore.”

It’s difficult for someone who begins to learn Torah when he’s a child to complete all of Shas in his lifetime. Is there any hope, then, of mastering all of Shas – Bavli and Yerushalmi – if one begins learning the aleph beis at the age of 40? Despite the odds, R’ Akiva became so great that even Moshe Rabbeinu envied the madreigah he had achieved.

The baal Haggadah relates the incident involving these five great sages to give us a deeper understanding of how the Jewish nation had the strength to ascend from the 49th level of impurity and reach the level of kabbalas haTorah in 50 days. It is an account of five different personalities who rose from humble or unlikely beginnings, or adverse situations, and achieved the highest spiritual levels.

It is not merely a story, however. It teaches us that every person has the ability to elevate himself spiritually on Pesach. Regardless of one’s personal circumstances, in face of the most difficult and overwhelming challenges, and against all odds, one can emerge from the 49 level of impurity and reach the 49th level of holiness. 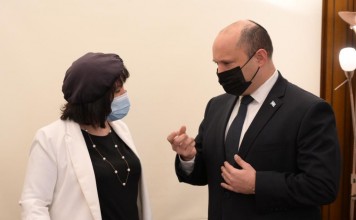 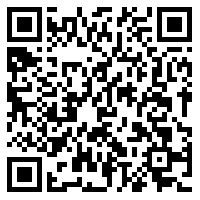