Kabbalah-based sources explain that Hebrew names, particularly those in the Torah or based on Jewish custom, reveal the inner essence of what they describe.

The upcoming yom tov is called both Pesach and “Chag HaMatzos.” The renowned Rabbi Levi Yitzchok of Berditchev explained that the Torah calls the yom tov “Chag HaMatzos” because G-d wanted to praise the Israelites for leaving Egypt with matzos rather than waiting for their dough to leaven and become bread. We Jews, on the other hand, want to praise G-d for miraculously saving us from Makas Bechoros, so we call the yom tov Pesach, which recalls Hashem “leaping” (pasach) over the Israelite houses during this plague.


Rashi writes that the word “pasach” teaches us that all aspects of the Pesach offering should be done with “leaping and jumping over.” What does that mean?

The Children of Israel lived in Egypt for many generations – to the point that they didn’t want to leave. Considering how morally depraved Egypt was, for the Jews to leave this country, rise up to true freedom, and then receive G-d’s holy Torah just seven weeks later required a tremendous “leap” on their part.

The Aseres Hadibros start with requiring Jews to believe in a single universal authority and ends with requiring them not to “covet anything.” Both were in complete opposition to Egyptian culture and morality. To accept them necessitated a leap, and G-d empowered the Jewish people to take this leap by leaping Himself, kavayachol, on the night of Pesach.

Since the churban, we have lived in exile, often sunk in the depths of materialism. Compared to other nations, we are very small. And compared to materialist activities like eating, sleeping, and earning a living, we spend little time on spiritual pursuits like studying Torah or praying. Nevertheless, every Jew is expected to “leap” to true freedom, to the highest level of liberation and redemption, even while, externally, remaining within the bounds of exile! G-d Himself grants us the necessary power to accomplish this task.

The Torah requires us to remember the exodus twice daily – during the day and at night. That means we must remember the exodus whether we are on a high level of spiritual brightness (day) or on a low level of darkness and lowliness in which the world’s true divine nature is concealed (night). At both times, we cannot remain at our previous level even for a moment; we must rise up and “leap” out of our limitations, rising to a level of true freedom and spiritual liberation.

Our Sages say that one is only truly free and liberated when studying the Torah and doing mitzvos. Since these activities represent G-d’s wisdom and will, they raise us above the world’s limits and unite us with G-d.

Wishing everyone a truly kosher and happy Pesach, a time to leap to true freedom. 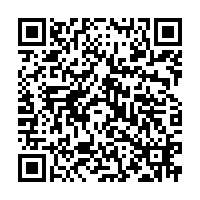