President Barack Obama initiated a firestorm when he said “you didn’t build that” in a campaign speech, his reminder to those who fancy themselves self-made they in fact built their companies with the help of projects of the very government they deride, such as the interstate highway system and the Internet. The self-made did not appreciate the message.

Parshat Ekev draws our attention to a similar idea in our relationship with our Creator, the complex balance between Divine Providence and human effort. Towards the beginning, Moshe Rabbenu tells us God is bringing us to a land full of bounty, springs of water, seven species of grains and fruits in abundance, and more.


It can lead to the same problem as the president faced. 8;17 cautions us against thinking  kokhi ve-otzem yad asah li ha-hayil ha-zeh, my own power and the strength of my right hand won this wealth for me. Notably, while earlier verses had stressed the existing bounty of the land, verse 18 objects to the self-made attitude because we must remember God gave us koah la’asot hayil, the power to make the wealth. Moshe concedes we will have “built that” in some senses; the problem lies in claiming we did it solely on our own.

Almost at the end of the parsha, we read the second paragraph of Shema, where the Torah makes a simple claim many Jews I know fail to absorb: when the Jewish people act well, perhaps only by refraining from worshipping powers other than God, rains will come to Israel, and the economy will go well. Should they be lured into worshipping some other power, they will find themselves faced with drought, poor crop yields, and exile.

Simple verses that God will step in to nature to punish a straying Jewish people or, for the more rationalistic, God set up “nature” to react to the sins of the Jewish people in the Land of Israel, so the “nature” of Israel is such that it rejects idolatry (I’ve never understood why rationalists prefer that—it seems even more an abrogation of our sense of nature– but that’s a different discussion).

Ramban makes a very similar point in Vayikra, where the Torah twice links inappropriate sexual relations to the Land spewing out the people. We might dismiss Ramban as a kabbalist, prone to seeing metaphysical elements in the natural world itself, but Rambam in Mishneh Torah had an active view of providence (forcing rationalists to claim he didn’t mean it, a tactic I reject).

In the beginning of Laws of Fasts 1;3, he says times of communal trouble must be seen as a function of the community’s sins. However Rambam understood the threat (and promise) of the paragraph, it takes a lot of struggle to avoid absorbing the Torah’s basic claim: what happens to the Jewish people, at some level and to some extent, comes from God. Yet that very paragraph’s blessings assumed Jews would be working the land, plowing, planting, and then harvesting the great yields God would send them. Ekev describes a world where Jews do their part and God does His part, as it were.

It reminds me of an idea about the lottery I heard in the name of R. Moshe Feinstein, zt”l: You can buy a ticket, he said, but only one. One ticket gives God the opportunity, as it were, to let you win the lottery. More than one makes clear you think you’re playing the odds.

The balance between our efforts and our awareness of God’s role affects us in many areas, but I am thinking particularly of medicine at this fraught time. When we follow evidence-based prescriptions of doctors, we are reacting to the patterns God put into nature, according to which we are (virtually all of us) obligated to live. That’s very different than people who chase health as if they can nail it down, can guarantee themselves a long and comfortable old age, stave off death regardless of what God wants, as it were.

To me, unwarranted overconfidence in medicine is an example of kokhi ve-otzem yadi, of mistaking humanity’s great achievements for independent ones, as if we can ever control our destinies. We didn’t build anything on our own, and we never determine our futures. We plow, plant, and reap, we build, discover, and invent, always knowing we succeed only because God allows it (and, if we serve God as a whole Jewish nation, because God promised it), always knowing we are only secure when we are made so by our Creator. 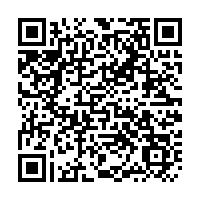