Many moons ago I decided to do whatever I could to awaken American Jews and bring them back to Am Yisrael. In those days, Israel Bonds would hold an annual celebration for contributors at Madison Square Garden. If you bought a bond for “x” number of dollars, you were entitled to a free ticket and could participate in what was called a “Spectacular” at which Hollywood stars entertained.

One year, a member of our congregation offered my husband, HaRav Meshulem HaLevi Jungreis, zt”l, and me a pair of tickets to the program. That entire evening left me with feelings of anger and indignation.

“How could they do this?” I protested to my husband, who was equally outraged.

After 2,000 years of exile, Hashem had brought us back to our homeland, to redeem its ancient soil that had turned into a wasteland – a feat all those who had conquered the land over the millennia had been unable to achieve. A feat that was doubly electrifying, for while at the dawn of our history we were a nation of farmers, in the long years of exile we were not permitted to own land. We had no idea how to plant, sow, or irrigate, and yet in what seemed like the blink of an eye we redeemed the parched, lifeless desert and created a land where lush fruit, vegetables and magnificent forests grew.

But that was not all. We, the skeletons of Auschwitz who for over 2,000 years had not had the right to hold a gun or otherwise defend ourselves, created an army that astounded the great powers of the world.

Yes, we had achieved the impossible; we had attained that which you only read about in fiction. But just how did we do it?

Even the blind must see the Hand of G-d. Even the deaf must hear the Voice of G-d. Even an agnostic must stand in awe and acknowledge an incredible miracle. In the face of all this, I asked myself those many years ago, “How is it that thousands of Jews gather in Madison Square Garden to bask in the light of Hollywood stars instead of celebrating the awesome miracle by basking in His Holy Light?”

It was on that night at Madison Square Garden that I said to my husband, “If I had an organization, if I were able to raise the necessary funds, I would take Madison Square Garden and call out to all our people, young and old, of every background, every persuasion. I would challenge them to rise to the moment and join me in probing our past and with love embrace G-d’s Torah. I would challenge them to ignite that pintele Yid in every Jewish heart.

It was a vision I never imagined would become a reality. But my husband kept telling me, “B’derech sh’odom…..” – “On the path a man desires to go, so shall he be led….”

And my father, HaRav HaGaon HaTzaddik Avraham Halevi Jungreis, zt”l, reminded me that it is written, “U’berachticho….” – “And I will bless you in all that you will do.”

It’s a long story but suffice it to say that, miraculously, things started to unfold. My father and my husband went with me to the gedolim for their berachos, which they all gave with a full heart. Thus armed and fortified, we gathered thousands at Madison Square Garden. That night, baruch Hashem, surpassed anything I could ever have imagined. That night, Hineni was born to reach out to Jewish souls throughout the world.

That night, Shema Yisrael reverberated throughout the great hall. Dormant hearts came to life and eyes glistened with tears. The pintele Yid was touched and became a mighty flame.

But in addition to Shema Yisrael, there was another song we sang – a song that was painfully reflective of our generation, a song that came from our ancient past, a song proclaimed by the Prophet Amos: “Hinei yamim ba’eem… and days shall come upon you, sayeth the L-rd, and I shall send a hunger into the land, not a hunger for bread or a thirst for water, but a hunger for the Word of G-d.”

To illustrate the devastating reality of that song, I related the story of Melanie, which at the time had appeared in all the newspapers. Melanie was a bright, attractive Jewish college student. She came from a comfortable family and enjoyed all the good things in life. She lacked for nothing, but she was troubled and suffered from the very famine Amos described.

Those were the days of the Woodstock generation, when young people were desperately seeking meaning and purpose. Alas, they had nothing to anchor them, nothing that would elevate their lives. To escape from the emptiness in their hearts they tried to find fulfillment in drugs, alcohol, and decadent lifestyles.

So it was that Melanie embarked on a journey. She went to study at Tel Aviv University, but there, too, she found a spiritual wasteland. So made her way to the beaches of Eilat, but all the waters of the ocean could not quench the thirst in her heart. It was in Eilat that she was told she could find her answers in Kabul, Afghanistan.

She went to Kabul, and it was there, in a chicken bazaar, that she overdosed. Her young life had come to a senseless end before it could even start.

“Melanie, Melanie,” I cried out that night in the Garden – and as I said her name I thought of all the Melanies, all our Jewish youth who were lost in the spiritual wasteland of the 20th century.

“Melanie, Melanie, if only someone would have told you of that moment at Sinai when you heard the voice of G-d, when you entered into His Holy covenant and He charged you with the sacred mission of living by His Torah and becoming a light unto all mankind. If only someone had told you that hidden in your soul is the pintele Yid that is so powerful it can banish even the most dense darkness.”

I turned to the SRO audience and asked them to contemplate the tragedy of a soul that stood at Sinai seeking meaning and purpose in a chicken bazaar in Afghanistan.

Have things changed since then? Are the Melanies of the 21st century finding their way home to their roots, to their heritage, to their Torah? Or are they still journeying to Afghanistan?

I’m afraid the illness the prophet predicted is still plaguing us. Oh, I’m aware of the great ba’al teshuvah movement – Hineni was, after all, a pioneer in that movement. But while a new generation of ba’alei teshuvah revitalized our people, there are still so, so many Melanies among us.

To be sure, their stance has radically changed. Yesterday they were seeking their spiritual roots; today they no longer yearn for them. Today they are angry and alienated. They have been fed the venomous hatred of Israel prevalent on nearly every college campus. They have no way of discerning that Israel-bashing is just another form of anti-Semitism.

This hatred of Israel/Jews has spread throughout the world, but the Melanies don’t understand. Their professors and fellow students have poisoned their minds. The new Melanies truly believe they are championing the cause of the downtrodden when they fight for Palestinians and label Israel an oppressor and an “apartheid state.”

Yes, Melanie is still with us – but, tragically, it is not spiritual sustenance she seeks. Her mind is closed when it comes to her people. She is filled with anger against her people. And she doesn’t realize she is joining forces with those bent on destroying her people. 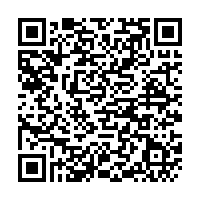