It is said that the tefillah of Aleinu complained to Hashem: “Why was I put at the end of davening when many people are running out the door? They mumble me, skip half my words, and are thinking about what they need to do!” Hashem answered: “Don’t worry – I will make you the highlight of Mussaf of Rosh Hashanah – then you will get the respect you deserve!”

Cute story. Really, though, the opposite is what happened. The Siddur Ishei Yisroel cites the Kol Bo who says that Aleinu was written by Yehoshua after he miraculously conquered the city of Yericho. Later on, the Anshei Kineses Hagedolah established that we say it during the Mussaf of Rosh Hashanah. Only after many years did Rebbe Yochanan ben Zakkai institute our saying it every day at the end of each prayer.

Aleinu really deserves more respect. First, the Chida writes that there is no greater praise to Hashem than Aleinu. In addition, the Rama (O. C. 132:2) rules that one must say it while standing and with much concentration. Finally, the Mishneh Berurah (ad. loc.) writes that the entire heavenly hosts are listening when we say Aleinu and they proclaim: “Ashrei ha’am shekacha lo – Praiseworthy is the people for whom this is so!”

Thus, we shouldn’t be surprised that the Satan goes all out to ensure we miss this opportunity each day. Let us try to understand what this tefillah is all about and why it is the high point of Mussaf.

Rav Meir Chadash (Mashgiach of Yeshivas Chevron) would graphically describe what he heard as a boy about the coronation of Nicholas as the Czar of Russia:

Long before the event the entire country started getting ready. A massive area, several miles wide, was cordoned off with high security. From each city, several lucky people received a royal invitation and a special entrance ticket. They immediately began preparing and ordered custom-made suits, hats, and shoes. They and their families couldn’t stop bragging about this special privilege.

But even those people were only allowed to stand in the back section of the coronation grounds. If they were tall and able to push they would be able to see, from far away, the royal platform where the crowning would take place. The mayors of the big cities, high ranking generals, and visiting dignitaries were given seats closer to the platform. Only the ministers of the country were close enough to hope to shake hands with the Czar.

The streets leading to the area were fenced off and festively decorated with stunning decorations. Thousands of magnificently uniformed soldiers who had gone through months of training lined the way. Woe to the soldier whose uniform was not pressed or had even one button not properly shined! Myriads of people lined the street several days before, hoping to catch a glimpse of the Czar.

Hours before the awaited moment, the crowds pushed and shoved, and the soldiers struggled to control them. Suddenly trumpets were heard and the royal entourage appeared. The crowd surged forward and many were unfortunately trampled to death. As the Czar passed the people screamed, “Long live the king!” Those who merited seeing him were overcome with emotion and had tears streaming down their faces! They would never forget this moment for the rest of their lives.

The Czar ascended the steps to the platform and the ceremony began. In the center of the platform was a table with the box containing the glorious gold crown. A highly decorated general picked up the box and passed it to an even higher-ranking general. As much as he tried to hide his feelings, you could see the emotion on his hard, stern face. The next general opened the box and passed it to an even higher-ranking general, who took the crown out of the box. Its precious stones glistened in a dazzling array of colors and sparkles as the rays of the sun struck it. He then passed it to the hands of the one who would actually place the crown on the head of the Czar. You can’t imagine how proud this man felt – his face literally glowed as he crowned the king! Everyone was so jealous of him – he is the one who crowned the Czar!

Rav Chadash concludes that if this is how people felt regarding a human king, all the more so we must feel proud to be the ones who crown Hashem as the King of all Kings, the Master of the Universe, whose rule lasts forever! Each of us has this privilege – to show the world that Hashem, the G-d of Yisroel, is King, and His Kingship rules over everything!

A Yearly and Daily Event

Every year on Rosh Hashanah we once again coronate Hashem as the King. How? First, we blow shofar, since the custom is to blow trumpets during the coronation of the king. Second, we recite the verses of “Malchiyos, Zechronos, and Shofaros – Kingship, Remembrance, and Shofar blasts” which show that Hashem is the Creator of the world, is involved in its every aspect, and will ultimately reveal Himself to the entire universe as its Master. Just as the one who places the crown on the king’s head reveals who is the king, so too, on Rosh Hashanah, we show that Hashem is the King of all Kings!

Therefore, it is apropos to begin the coronation process with Aleinu: a declaration of how fortunate we are to be the ones to have this great privilege. Not only that, we thank Him for creating us with an entirely different and holier soul than the other nations and for giving us an uplifted and exalted task in this world.

Then we describe in great detail how there is nothing else in the world besides Hashem – not in the spiritual worlds, nor in our physical world. Ein od milvado!!! After doing so, we continue with a heartfelt prayer: “Al kein nekaveh lecha Hashem Elokeinu liros meheira b’siferes uzecha – therefore we put our hope in You, Hashem, our G-d, that we may soon see Your mighty splendor.” This is a continuation of the coronation, the comparison to the shout: “Long live the king!” It is not enough that we know He is the King – we want the whole world to see this truth!

The Sifsei Chaim (vol. I, page 318) writes that the reason Yehoshua needed to circle around Yericho and blow shofaros in order to bring down its walls was that it was the stronghold of the powers of evil. When Yericho fell it became clear that Hashem is the only power in the universe and whatever seems to be a force is really nothing. That is why he authored Aleinu. Therefore, we say these words not only on Rosh Hashanah, but each day at the end of our prayers. Through doing so we instill in ourselves that even though we are about to go out to the “real” world and will see mighty powers and wealthy individuals who seem to be succeeding on their own – that is not the truth. Really, Hashem is the only reason for success and everything else is a facade.

Let us put great effort into saying Aleinu with joy and concentration now on Rosh Hashanah, and during all of the aseres yemei teshuva. Hopefully, it will change the way we say it throughout the rest of the year! 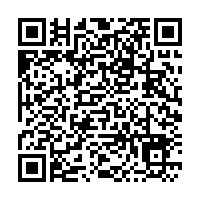