The Midrash (Esther Rabbah) teaches us, “Resha’im birshus libam – The wicked are controlled by their hearts,” but “Tzadikim libam b’reshusam – The righteous control their hearts.” A person who rules over his yetzer hara knows how to say no to temptation, stop short before revealing someone’s secret, refrain from talking about a neighbor, avert his gaze from immodesty, and avoid distractions during prayers.

“Al kein yomru hamoshlim, ‘Bo’u cheshbon’” (Bamidbar 21:27). The Gemara (Bava Basra 78b) homiletically interprets “hamoshlim” as “hamoshlim b’yitzram – those who rule over their evil inclinations.” When these righteous people say, “Bo’u cheshbon,” they mean, “Bo’u v’nachshov cheshbono shel olam… – Come and let us make a calculation about this world. Let us calculate the loss involved in doing a mitzvah against its reward, and the reward of an aveirah against its loss.”


For example, we should calculate lost business while davening Minchah or the monetary loss involved in giving charity against the eternal rewards these mitzvos bring. We should also weigh the temporary relief of getting angry at a spouse against the suffering that the Gemara says will result from it: “Kol hako’eis, kol minei gehenom sholtin bo – All treatments of Gehennom hold sway over a person who gets angry.”

What does the Gemara mean by “cheshbono shel olam – the calculation of the world”? I’d like to explain these words with a parable. What’s the difference between leasing a car for two years and owning a car? If you lease a car, you might not bother putting premium gas in it. Since you’re returning the car in two years anyway, you won’t be so careful with your oil changes. And if you have a good protection plan, scratches on the car won’t bother you either.

But if you own a car, you’ll make sure to put in the best gasoline, you’ll take it for regular oil changes, and you’ll try to keep it in pristine condition – because it’s yours for the long haul. Similarly, if you rent a bungalow, you’re not going to be too particular about its interior design. But if you own a summer home, you’ll start thinking about hanging curtains and paintings.

It’s the same thing with life. If we view this world just as a place to stay for 90 years, we might live only for the moment and seize fleeting pleasures. But if we consider cheshbono shel olam, if we think about eternity, our approach to making choices will drastically change and we will prioritize our time.

We won’t want to risk embarrassing someone in public; that could cost us our eternity! We will give lots of money to charity since that money accompanies us forever. And since we all want to be VIPs in the permanent world of the Afterlife, we will invest heavily in learning Gemara considering that we are taught, “Ashrei me sheba l’kan v’talmudo b’yado – Fortunate is he who comes to the next world with his Gemara in his hand.”

It’s important to note that the Gemara says that only those who rule over their yetzer hara make these calculations. The average person davens daily but daydreams carelessly during Shemoneh Esrei without even giving Hashem a moment’s thought. Or he swallows berachos without thinking about the meaning of the words. Or he may bentch – which fulfills three Biblical mitzvos and one mitzvah d’rabannan – without thinking even once that he is saying “thank you” to Hashem.

Such behavior results from a technique of the yetzer hara called “avar v’shana naaseh lo k’heter” – if you do something wrong repeatedly, it seems permissible after a while. If we say Shemoneh Esrei without thinking many times, we won’t feel even a twinge of guilt after a while. So, too, a person who often screams at home will eventually stop feeling even a twinge of remorse afterward.

A person who learns to control his yetzer hara, however, always thinks and calculates cheshbono shel olam in order to adjust and improve his behavior.

May it be the will of Hashem that we always monitor our behavior with an eye to daily betterment, and, in that merit, may Hashem bless us with long life, good health, and everything wonderful. 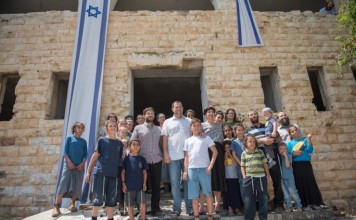 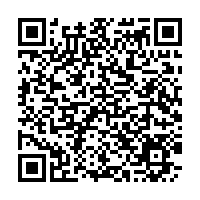