Pearl Harbor, the Bay of Pigs invasion, the Vietnam War, the Watergate scandal, NASA’s Challenger and Columbia shuttle disasters, and the invasion of Iraq in 2003. Psychologists have linked all these tragic events to groupthink.

As Dr. Irving Janis described in his pioneering book, Victims of Groupthink, in 1972, groupthink occurs when like-minded people gather to make a decision and, due to social conformity, gravitate toward the same conclusion without fully analyzing all sides of the issue.


There are a number of factors that make groupthink more likely, including high group cohesiveness, high-stress situations, and a closed leadership style by the group’s leader (i.e., the leader states his or her decision first and suppresses dissenting views).

In a fascinating paper entitled “Groupthink and the Sanhedrin: An Analysis of the Ancient Court of Israel Through the Lens of Modern Social Psychology,” Rabbi Dr. Eliezer Schnall and Dr. Michael Greenberg argue through various examples from the Talmud that the laws regulating the Sanhedrin served to counteract groupthink.

The Sanhedrin tended to be a group of like-minded individuals who were in charge of making very important decisions in high-stress situations, many of which had life and death consequences. Without proper checks in place, they were in danger of falling into groupthink.

The plethora of Talmudic proofs they cite to bolster their argument find their conceptual roots in Parshat Mishpatim. In a sharp formulation, the Torah states, “You should not follow a multitude to do evil” (Shemot 23:2). While some interpret these words as a general exhortation to everyone not to associate with people behaving inappropriately (Rabbeinu Bechaye), most commentators (like Rashi) argue that they concern judges specifically. If a judge is convinced based on his own well-thought-out analysis that his fellow judges are incorrect, he is obligated to state his dissenting opinion. Even though there may be great group and social pressure to suppress his opinion and let the decision be unanimous, he must state his argument.

The pasuk concludes: “ve’lo ta’aneh al riv lintot acharei rabim lehatot,” which also lends itself to a number of possible interpretations but seems to reiterate the importance of not perverting justice just to conform to the majority (see HaEmek Davar). Rashi, quoting the Sages, points out that the word riv (disagreement), which should be spelled reish-yud-vet, is spelled in the pasuk without the middle yud. This allows for a non-literal reading of the word as rav, meaning teacher.

According to this interpretation, the message is that one should not disagree with one’s teacher when making a legal ruling. But since following this principle would lead to a judge suppressing his opinion, less experienced judges on the Sanhedrin were required to give their opinions first, before their teachers or the experts spoke. This open leadership style was essential for avoiding groupthink.

None of us, of course, sit on the Sanhedrin, but the rules it operated under apply to other situations. Broadly speaking, standing firmly behind what’s right, even though most others disagree, is an important trait to inculcate. Additionally, to whatever extent we make decisions as a group, we should do our best to counteract the threat of groupthink by adopting open leadership styles and encouraging dissenting opinions. 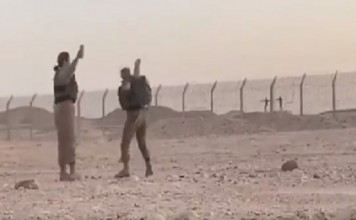 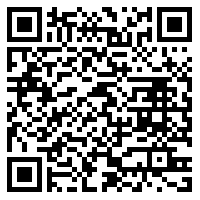