Two weeks ago, Nadav Ben Yehuda received from President Shimon Peres the distinguished service award, for rescuing a Turkish climber in the Himalayas.

Now Ben-Yehuda has climbed 5000 meters (16404.2 ft.) to the summit of Mount Kazbek in the former Sovier Republic of Georgia, and flew there a flag he had received from the President. When he reached the top, to his surprise, Turkish soldiers serving in a multinational force up there called him by name, greeted and hugged him.

Then I started wondering, Wait a minute, the guy climbed up 5000 meters to singularly make it to a mountaintop full of soldiers?

But maybe they had been brought up there by air. Or maybe there’s a perfectly usable road going up to the top, but Ben Yehuda chose the really difficult face of the mountain.

This must be the nightmare of heroic travelers everywhere: that they’ll risk their lives going down some unimaginably dangerous path, through jungles or up mountains or under the face of the Earth, only to reach a destination populated by thousands of utterly civilized dwellers, complete with Starbucks and Gap outlets.

Which can be good, in case their iPhone 5 malfunctions. 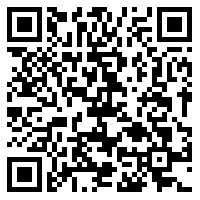