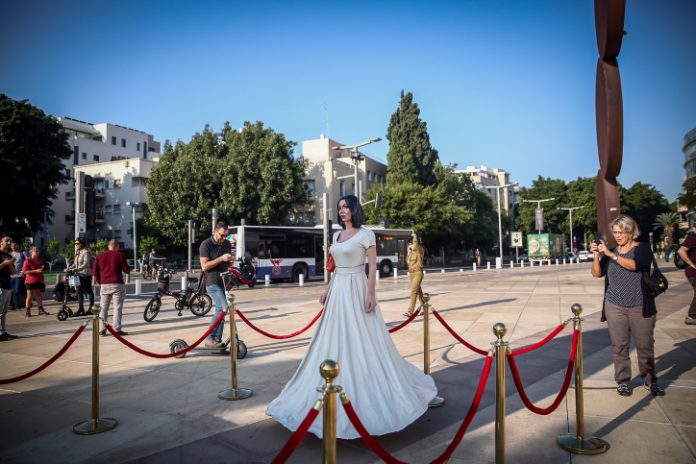 Israeli activist artist Itay Zalait made a rather statuesque statue of Israeli Culture Minister Miri Regev and placed it in Tel Aviv’s Habima Square. Zalait is best known for the golden statue of Prime Minister Benjamin Netanyahu that he made and placed in Tel Aviv’s Rabin Square two years ago. 
Regev, due to her right-leaning politics, is not popular with everyone in the Israeli artsy crowd. It is unclear if this statue was meant as a compliment or an indictment.

The dress is quite beautiful.