Our: Country is divided about the effectiveness and policy of our ‘government of change’. Is it really for the better?

Hear: About the Charter of the Arab Ra’am Party, partners in Government, and their demands in return for support, and how they use democracy in order to overturn it. That was also Hitler’s method.

If: Our homosexual deputy foreign Minister would have his way, the LTGBQ rainbow flag would be raised over all official buildings. It already flies by the side of the National flag on our foreign office. He considers it importnt for home and abroad.

How: The commendable Im Tirtzu organisation fought for the reinstatement of the Flag March.

The: Government’s ominous intentions to afford equal national status to the Conservative and Reform movement, which implies the ability to convert by the local Rabbi.

CRT: Critical Race Theory is the new buzzword in the US. Now, race is defined as a socially constructed and culturally invented category, used to oppress and exploit blacks.

Drone Wars: A review of the latest book explaining the significance of drones to our future.

Plus: The near decimation of our travel and tourist industry and how this ill wind benefits the local tourist spots.

Israel News Talk Radio · Will the next war be fought with drones? – The Walter Bingham File
Advertisement 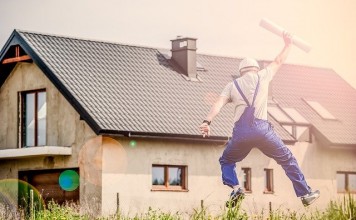 The Joy Awakening To The True You – Soul Talk [audio]