I think it was Benjamin D’Israeli who replied to a taunt by Irish political leader Daniel O’Connell: “Yes, I am a Jew, and when the ancestors of the right honorable gentleman were brutal savages in an unknown island, mine were priests in the temple of Solomon.”

So, Jews have been picking on the British for ages…


I don’t like the BBC and I don’t like BBC News shows in particular. I prefer our own NPR, where the style is loose and no one is trying to build up a story. They may lie like any other media outlet, but they don’t fake. So, watch Naftali doing war with Stephen Sackur from HARDtalk. The question that troubles Sackur is totally made up and intended to create the impression that there’s a tear in Israel’s right, with one side eager to give back ancestral land and the other, the fanatical, extreme-right wing, neo-terrorists, who object. 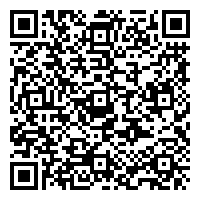