(JNi.media) Palestinian Authority Chairman Mahmoud Abbas on Wednesday called for the “protection of Al-Aqsa Mosque compound” and ensuring that “Palestinians’” freedom of worship in Jerusalem remain in line with the order that existed before the “Israeli occupation of 1967,” WAFA, the official Palestinian Authority news agency reported.

From 1948 until June of 1967, Jews were not allowed anywhere in the Old City of Jerusalem, and Jewish tombstones from the Mt. Olive old Jewish cemetery were being used by the Jordanian legion to pave roads.


“The Israeli systematic aggression against Al-Aqsa Mosque compound … the third of the holy sites in Islam in occupied East Jerusalem, the capital of the state of Palestine, could not serve peace, coexistence and tolerance among faiths and peoples,” Abbas said during the inauguration ceremony of the reconstructed central mosque in Moscow.

“On the contrary, it provides a pretext for worldwide extremists who are exploiting religions for terrorizing humanity,” Abbas added.

Jews have been arrested as a matter of policy by Israeli police when they as much as made a blessing over a cup of water. On the Arab side, youths have been engaged in violent rock throwing and clashes with police.

During his speech, Abbas stressed that Muslims have the right to pray inside Al-Aqsa Mosque compound, which belongs solely to Muslims, and slammed Israeli measures severely restricting their access to the Mosque compound and freedom of worship.

This means the Israeli government is contemplating permitting Jews to also have set times for prayer on Temple Mount. Or, as Abbas put it: “But what’s even worse is that Israel strives to divide the Al-Aqsa Mosque between Muslims and Jews. Such a division would mean changing the time and location for prayer: Muslims would pray at one time in one location, while Jews would pray at a different time in a different location.”

Russian President Vladimir Putin, whose army has begun to pound Muslim Chechen mujahedin in Syria, described the Moscow mosque’s inauguration as “a big event in the life of all the Muslims of Russia” and condemned cynical attempts to exploit religions for political goals.

“Attempts are being made to cynically exploit religious beliefs for political goals. We see what is going on in the Middle East where terrorists from the so-called Islamic State are compromising a great world religion, compromising Islam, spreading hatred, killing people, including priests, and barbarically destroying objects of world culture,” stated Puitn. “Their ideology is based on lies and blatant perversion of Islam,” he added.

Neither Putin nor Abbas found any of the Russian President’s statement to be the least bit ironic, even following weeks of incitement to violence by the Palestinian Authority over made up threats to the sanctity of the Al-Aqsa mosque. Putin and Abbas were later joined Turkish President Recep Tayyip Erdogan and Kazakhstan President Nursultan Nazarbayev in the opening of the new Moscow main mosque. 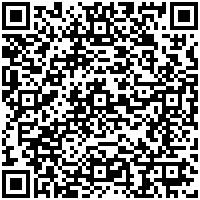