In an IDF operation inside the terror village of Dura, near Hebron, IDF forces made ten more arrests in connection to the terror attack near Otniel on Jul 1, 2016, according to the IDF.

In that terror attack on Road 60, Rabbi Miki Mark was murdered and 3 members of his family were wounded when terrorists opened fire on the car he and his family were driving in.

In addition, 3 secret weapons factories were discovered in a joint Shabak-Border Police operation in the town of Kalkilya. 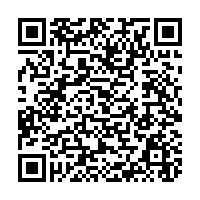