(JNi.media) Few deny that Donald Trump had his best night to date speaking to the Republican Jewish Coalition in Washington Thursday. Considering his reputation as a bully and a racist, the NY billionaire presidential wannabe came across outright graceful at times.

At one point, suggesting he would have gotten a better deal with Iran, he boasted “look, I’m a negotiator, like you folks,” following it with, “Is there anyone in this room who doesn’t negotiate deals? Probably more than any room I’ve ever spoken [at].”


Answering a question about the Israeli-Palestinian conflict, Trump held his ground and refused to tell his staunchly pro-Israel audience that he thought Jerusalem should remain the undivided capital of Israel, coupled with the usual lie all other presidential candidates tell their Jewish audiences, that his first act in office would be to move the US embassy to Jerusalem. He was booed for that, but his stance was refreshingly honest.

He also pointed a finger at Israel for the failure of the peace process, and the room became graveyard silent when he said, “I don’t know that Israel has the commitment to make it.”

“The nicest thing that you can say about these comments is that they play on ancient stereotypes of Jews as money-grubbing merchants,” Zack Beauchamp commented. “The meanest thing you can say is that they’re outright anti-Semitic.”

Ari Fleischer, one of the most prominent Republican Jews to date, tweeted: “Trump to the Republican Jewish Coalition: ‘You’re not going to support me because I don’t want your money.’ What the hell does that mean?”

It probably means that Donald Trump, who has produced more verbiage than most humans ever in the past few months, is not very good at laying out his thoughts. What he possibly wanted to say was, you want a candidate who would obey you because you control his purse strings, but you should vote for me instead because I’ll always be honest with you. Trump often does not complete his thoughts, either because of intellectual laziness, or because his brain works faster than he is able to articulate.

Ben Jacobs tweeted, “You have to give plaudits to Donald Trump for chutzpah. Who else gives a border line anti-Semitic speech at the Republican Jewish Coalition?”

And Chemi Shalev, much angrier than most, tweeted, “The time that Trump spit on a Jewish audience and everyone pretended they were in a water park.”

Maybe so. But it’s also possible that Trump was feeling at home with his Jewish audience, being connected to them by blood, through his daughter, Ivanka (Yael), who converted to Orthodox Judaism, as the candidate put it, “The only bad news is I can’t get her on Saturday. I call and call. I can’t speak to my daughter anymore on Saturday!”

It’s like African Americans who are the only ones allowed to use the N word freely. That’s probably why, when he referred to his astonishing success in the polls that cost him so little in ad money, Trump said, to a bunch of Jews, “I think you, as businesspeople, will feel pretty good about this, and respect it.”

Can you imagine Obama getting away with that one? And get away with it he did, judging by the ADL statement on “Remarks by Donald Trump at RJC Event.”

“The Anti-Defamation League (ADL) today disagreed with those writers and commentators who suggested that presidential hopeful Donald Trump intentionally evoked anti-Semitic stereotypes in remarks to a Republican Jewish Coalition event, but urged him to clarify that he did not mean his comments to be interpreted that way.”
To which they attached an analysis written by ADL CEO Jonathan A. Greenblatt: “After having carefully reviewed the speech, we do not believe that it was Donald Trump’s intention to evoke anti-Semitic stereotypes. He has made similar comments about spending his own money on the campaign, and not asking for money from donors, to many other groups.”

So it’s official, Donald Trump is allowed to say the M word. Although it’s doubtful he was waiting anxiously for anyone’s approval.

Watch and decide for yourself: 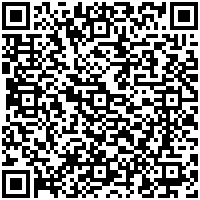