The largest bank in Israel — Bank HaPoalim — and UAE’s Emirates NBD, the UAE’s largest bank in Dubai, last week made history in signing the first memorandum of understanding (MOU) of its kind for cooperation between the two banks.

Bank Hapoalim CEO Dov Kotler and Emirates NBD Group CEO Shane Nelson were the signatories to the MOU. The move will work to strengthen economic and financial relations between Israel and the United Arab Emirates.

Kotler, CEO of Bank Hapoalim, noted that an agreement with a leading bank in the UAE is a groundbreaking achievement that allows Israeli customers to operate directly in the UAE and later in other countries. “It is a great honor to be the first bank to sign such an agreement,” he said.

Nelson, CEO of the Emirates NBD Group, said “We are pleased to be the first Emirate Bank to sign an agreement with Bank Hapoalim, while both countries seek to strengthen economic and commercial cooperation. The agreement with one of the significant banks in Israel is expected to open up business and commercial opportunities for our customers and will strengthen our leading position as a reliable banking partner for businesses in the MENAT (Middle East, North Africa & Turkey) area.” 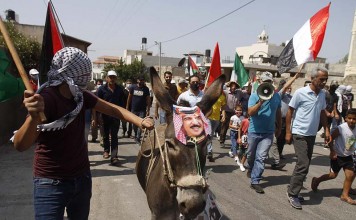