JERUSALEM – Two massive fires broke out yesterday (Jun. 17) in the Jerusalem area, one in the Gilo neighborhood and one near Abu-Gosh, on the main route between Jerusalem and Tel Aviv.

The fire in Abu Gosh shut down of highway 1 between Jerusalem and Tel Aviv for several hours, as 27 firefighter teams, using air support from six planes, worked to extinguish the raging blaze.


In Gilo, a fire was set to a large and wooded park in the neighborhood. Residents in the vicinity were evacuated from their homes. 17 teams, including reinforcements from Gush Etzion, worked to overcome the fire. While the teams were fighting the fire they noticed that new points of fire began to burn, surrounding them and endangering them. 25 acres of woods were destroyed together with the wildlife. No injuries were reported.

Fire investigators on the scene confirmed that the blaze was intentionally ignited, probably as in act of terror.

Another fire was lit simultaneously near Neve Michael, in the Ela Valley. 55 acres of brush and wildlife were consumed by the flames.

On Monday Arab terrorists set fire near the fence of the community of Beit El. An initial investigation shows that they used a burning tire to start the fire and possibly threw a Molotov cocktail as well.

Terror by fire is a well known phenomenon in Israel, as terrorists utilize the hot and dry weather to cause damage, destroy property and endanger lives. 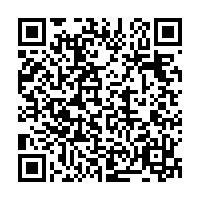