Last Wednesday, Tammi Rossman-Benjamin, co-founder of the AMCHA Initiative which combats campus anti-Semitism in America, spoke with 25 Brighton High School students in Rochester, NY. Later, in the evening, she spoke to an audience of 150 concerned parents, educators and community members. Both events were organized by Roc4Israel.

In early November, the Rochester Campus Times reported confrontations between pro-Israel and pro-Palestinian students at an event organized by the Students for a Democratic Society (SDS) after the screening of “The Occupation of the American Mind: Israel’s Public Relations War in the United States.”


Noah Spivak, president of the Jewish Student Union at the high school, told JNi.media via an email from an AMCHA activist: “Soon we will each be applying for colleges and we are very concerned by the recent rise in anti-Semitic behavior on campuses across the country. Thanks to today’s meeting with Tammi, many of us feel better prepared for what we might encounter.”

Rabbi Shaya Kilimnick of Congregation Beth Sholom in Rochester, also told JNi.media via the same email: “Recently our campuses have become the battleground for anti-Semitic and anti Israel activities, mostly  by pro-Palestinian protests orchestrated by experienced hate groups — under the blind eye of University administrators. This has left our Jewish students vulnerable and exposed to  hatred and under attack.”

“Last evening, Tammi Rossman Benjamin of AMCHA provided us with leadership and offered us a selection of opportunities to engage in, so that we can be able to approach this challenge successfully. We encourage all who are concerned for our Jewish children to become involved.”

Tammi Rossman-Benjamin summarized her message, saying: There’s bad news and there’s good news. The bad news is that as a result of BDS and other anti-Zionist activity, Jewish students are experiencing alarming and unprecedented levels of anti-Semitism on campuses across the country.  The good news is that the Jewish community and its allies are uniting at last to do something about it, and you can help.”

Following is a portion of Tammi Rossman-Benjamin’s talk, generously transcribed for JNi.media.

As you might imagine, anti-Zionist sentiment and activity have had extremely negative consequences for many Jewish college and university students. The injection of the anti-Zionist movement, and particularly BDS, onto campus in the past decade has fueled a significant resurgence and increase in anti-Semitism.  The lines between appropriate political discourse on Israeli policy and discrimination toward Jewish students have become blurred. Jewish students report that anti-Zionist activists single out, harass, intimidate, and even assault them, regardless of their personal feelings on Israel. And far too often, anti-Zionist expression is laced with centuries-old classic anti-Semitic stereotypes. The anti-Zionist activists target not only pro-Israel students, but anyone presumed to support Israel, first and foremost Jewish students, regardless of their actual personal feelings on Israel. As a result, Jewish students engaging in Jewish activity having nothing to do with Israel — wearing their Jewish sorority or fraternity letters, displaying Star of David necklaces, walking to Hillel for Sabbath dinner – report fearing for their safety and well- being. In addition, because of their support, or even just presumed support, for Israel, Jewish students report being rejected from progressive social justice activities such as pro-choice rallies, anti-rape demonstrations, Black Lives Matter events and racial justice conferences.In addition to ostracizing and alienating Jewish students from certain areas of campus life, anti- Zionist students repeatedly attempt to shutdown events organized by Jewish students and suppress their free speech about Israel and other topics. Sadly, Jewish students are being targeted, discriminated against and ostracized, and their civil rights are being egregiously violated.
That’s the view from 30,000 feet.  Now let’s get down to what I hope will be helpful specifics.

Anti-Israel student groups such as Students for Justice in Palestine, or SJP, whose very mission includes the promotion of BDS, are found on hundreds of U.S. campuses. (I know that at University of Rochester, the group Students for a Democratic Society, SDS, has spearheaded considerable anti-Zionist activity on campus, most recently the screening of an the film “Occupation of the American Mind,” a film which not only demonizes and delegitimizes the Jewish state, its whole premise is based on the classic anti-Semitic tropes popularized in the “Protocols of the Elders of Zion,” of Jewish wealth, power and mendacity being used to control the government and media). SJP and similar groups, besides promoting BDS on their Facebook pages and other social media, on the large “apartheid walls” they build, in op-eds they publish in student newspapers and at events they host quite regularly, groups like SJP are responsible for organizing campaigns to get their own schools to boycott Israeli products like Sabra humus, to terminate their school’s academic exchange programs with Israel, and, most frequently, to have their student governments vote on resolutions demanding that the university divest from any of its financial holdings in businesses which do business with Israel. More than 90 anti-Israel divestment resolutions have found their way to about 50 U.S. campuses across the country.  About half of all resolutions have passed, but this number is, frankly, irrelevant, because any school whose student government or student body even considers such a resolution is racked with divisiveness, hostility, and animosity for weeks on end. And whether a resolution ultimately passes or not, the anti-Israel forces have used these campaigns as opportunities to inject enormous amounts of anti-Zionist and anti-Semitic sentiment onto campus.

And it’s not just student groups like SJP, whose members are devoted to anti-Israel activity, that are involved in these efforts.  In this age of “intersectionality,” where the grievance of one group is opportunistically linked to the grievance of other groups, SJP has deliberately forged alliances with many other minority student groups on campus, who frequently add their groups’ names to the sponsorship of BDS-promoting events and the endorsement of anti-Israel divestment resolutions. For example, SJP has made common cause with Black Lives Matter, and students from both groups frequently co-host rallies and events linking Blacks and Palestinians and promoting BDS. Last year at the University of Rochester a talk by Reverend Graylan Hagler entitled “Connecting the dots: From Ferguson to Palestine,” which demonized and delegitimized Israel and promoted BDS, was sponsored by several student groups, including an Arab group, an Indian group, a Muslim group, the Black Students’ Union, and a multi-ethnic fraternity.

In addition to that, thousands of faculty on hundreds of campuses have also publicly endorsed BDS efforts, especially the boycott of Israeli universities and scholars, as well as the divestment resolutions of students on their own campus. Some faculty boycotters bring their anti-Israel animus and activism into their classrooms, and it is not unusual for academic departments to sponsor virulently anti-Israel talks and symposia, some of them even including calls for the boycott of Israel.  For example, earlier this year at Vassar College, a talk by women and gender studies professor Jasbir Puar, in which she falsely accused Israel of maiming and murdering Palestinians and harvesting their organs, and she actively encouraged her audience to endorse the BDS movement, was sponsored and funded by 6 academic departments, including Women’s Studies, English, International Studies, Political Science, Africana Studies, and Jewish Studies.  Indeed, since 2015 we have documented more than 60 departmentally sponsored events like this, on campuses across the country.

Given the sheer number of students and faculty who have positioned themselves squarely against Israel, even to the point of opposing its very right to exist, it’s no wonder that many Jewish students who identify with the Jewish state feel like the whole campus community is united not only against Israel, but against them.

Unfortunately, it gets worse. In a recent study that our organization carried out, looking at the prevalence of anti-Semitic activity and the factors that affect it on more than 100 US campuses with the largest Jewish students populations, we found that on close to half the campuses we investigated, students are threatened because of their Jewish identity, sometimes regardless of their personal feelings on Israel. They are assaulted, harassed and intimidated, their places of residence defaced with swastikas and other anti-Semitic graffiti, their participation in campus activities shunned, the events they organize disrupted and shut down, and more.

If you are a member of a Jewish or pro-Israel organization — perhaps Roc4Israel or a synagogue-affiliated group — or if you would consider forming an organization, perhaps an alumni group concerned about anti-Jewish hostility at your alma mater, please consider spearheading or participating in a campaign, say, to get the president of the University of Rochester or of your alma mater, to follow in the footsteps of the UC Regents.  We can help!   AMCHA will work with your group to develop a plan, provide you with our research on anti-Semitic activity at your school, advise you as you carry out your plan, and help you network with other groups across the country.

Together, we can make a real difference. 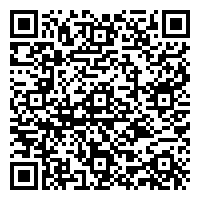