The Central District Court in Lod on Tuesday ruled in favor of a request by the security services to extend the administrative detention of Meir Ettinger, according to a statement by the Honenu legal aid society.

Honenu Attorney Yuval Zemer warned, “Today it is Ettinger’s views that are not pleasant to the ears of those in charge; tomorrow it could be my views or the views of any other citizen.”

Ettinger, a grandson of the late Rabbi Meir Kahane, has been imprisoned under administrative detention – and in solitary confinement – for more than six months already.

He was moved to solitary confinement after prison authorities felt he was influencing other prisoners by holding discussions with them.

Ettinger went on a hunger strike, but after it proved unsuccessful, gave it up after 17 days.

The young activist was arrested seven months ago under a six-month administrative order signed by Defense Minister Moshe Ya’alon. After the first order signed by the defense minister expired, a recommendation was signed by the Jewish Department of the Israel Security Agency (Shin Bet) for a four-month extension. It was this recommendation that was approved Tuesday in the Lod courthouse.

“The day that the court approves continuation of administrative detention of an individual, solely because of his views, is a sad day for democracy,” Ettinger’s attorney said after the ruling was handed down.

“This decision should disturb the sleep of anyone who values democracy and individual rights.”

Administrative detention permits the government to arrest and detain an individual without being charged, not necessarily for things he has done but for those he might do. It is a legal device dating back to the days of the British Mandatory Government. 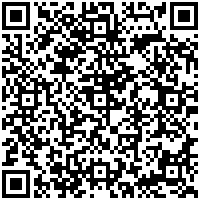