A Hamas delegation headed by Musa Abu Marzouq, a member of Hamas’ political bureau, visited Russia earlier this month. The delegation met with Mikhail Bogdanov, deputy Russian foreign minister and the Russian presidential representative for the Middle East and Africa.

One member of the delegation was Muhammad Sawalha, a senior Hamas operative who lives in London, where he collaborates with the Muslim Brotherhood. Britain is the European center for the Brotherhood’s activities.

Hamas has tried to conceal Sawalha’s activities to keep the British authorities from investigating his terror-related activities. So far, the United Kingdom has not taken steps to prevent Sawalha from functioning as a Hamas operative in the country.

Sawalha is a member of Hamas’ political bureau and its ministry of international relations.

While his name was not mentioned in Hamas’ formal reports about the visit to Russia and he was not clearly visible in pictures of the meetings, his presence in Russia was revealed when he and Musa Abu Marzouq met with the Russian Council of Muftis. The meeting was held in a mosque in Moscow and Sawalha is clearly visible in the photographs published by the Russian Council of Muftis, the Meir Amit Intelligence and Terrorism Information Center (ITIC) has revealed.

Sawalha has previously joined a Hamas delegation to Russia in September 2017. No effort was made by Hamas to conceal his participation after the first visit. His visit was reported in the media, leading the British authorities to take an interest in him. In ITIC’s assessment, that is why Hamas did not expose his participation in the current delegation.

Following the public exposure of his visit to Russia in 2017, and since he was a member of the board of trustees of the Finsbury Park Mosque, the British Charity Commission launched an inquiry into his activities. However, it found he had committed no offense because Hamas is not designated as a terrorist group in Britain, as only the military wing is banned, not the entire organization. However, Sawalha resigned from the mosque’s board of trustees after the inquiry.

Similarly, having learned the lesson of the previous visit to Russia, Sawalha kept a low profile when he joined other Hamas operatives at the pro-Hamas political convention in Istanbul in January.

Sawalha is a senior Hamas operative based in London who has held military and political positions in Hamas. At the end of the 80s, he was a senior operative in Hamas’ military infrastructure in Judea and Samaria. After the infrastructure was exposed by the Israeli security forces, Sawalha was put on Israel’s wanted list. He fled to Jordan with forged identity papers in October 1990 and from there to Britain. Since then, he has lived in Britain and continues to operate in Hamas’ ranks.

Sawalha in Britain continues his involvement in Hamas activity and carries out political missions. “In the battle for hearts and minds in Britain,” as the ITIC put it, he is involved in spreading the radical Islamic doctrines of the Muslim Brotherhood to the Muslim community in Britain.

In anti-Israeli activities, he has been involved in the flotillas to the Gaza Strip, in spreading propaganda denying Israel’s right to exist, supporting the anti-Israel BDS campaign and lawfare against Israel.

In the past, he was involved in the transfer of funds from the US to Hamas operatives in Judea and Samaria.

While in London, Sawalha is careful not to publicly admit he is a member of Hamas, and certainly not the fact that he is a senior Hamas operative. Hamas also avoids mentioning his position in its ranks.

In the internal British arena, Sawalha is often interviewed by the Arab and Muslim media. During the interviews, he is careful to conceal his membership and role in Hamas. He is represented as a political commentator, or an expert and researcher of Palestinian issues, or a Palestinian researcher or a researcher of Islamic studies. His role as senior Hamas operative is never mentioned. 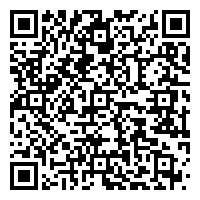