The third mild earthquake in a week struck Israel around noon Sunday in the area of Tiberias and the Sea of Galilee and measuring between 3.5 and 4 on the Richter scale. No injuries or damage was reported.

An earthquake measuring 3.6 on the Richter scale occurred on the Sabbath in northern Israel, with its epicenter between the Hula Nature Reserve and the Sea of Galilee.


A third earthquake with a 3.5 magnitude occurred late last week, also near Tiberias.

It is not known what the string of mild earthquakes means, and if it is a precursor of a larger earthquake in the region.

The Tiberias region has been shaken by disastrous earthquakes in the past, the largest one being in 1837, when Tzfat (Safed) was destroyed and approximately 4,000 people were killed. In nearby Tiberias, between 700 and 1,000 people died. 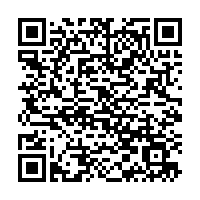