Israelis and taxis in New York — not exactly news, except that this story is not about Israelis driving taxis, but offering a hi-tech solution to taxi-starved New Yorkers.

On Thursday, GetTaxi Ltd. announced the launching of its new taxi hailing app in New York City, after many delays, partly due to resistance from the taxi union and the Taxi and Limousine Commission. The company now serves busy urbanites in London, Moscow, Tel Aviv and New York, Globes reports.

“We realized that we might not be necessary,” says GetTaxi VP marketing Nimrod May. “It’s easy to hail a cab in Manhattan. You stand at the curb and hundreds of cabs are driving around to pick you up. In contrast, at rush hour, when you need a cab, it’s hard to find one. This is where we enter the picture.”

Smart man. Anyone who spent quality time fighting over a cab at a Manhattan street corner should grab the new app.

GetTaxi, which was banned from using the noun Taxi in NYC, will operate under a special label, “G-Car,” offering a reservation service for limousines in collaboration with the city’s current fleet operators.

“When we founded the company, we dreamed of offering our users an app that would work in every territory and in every language in the world, and we’re pleased to see our vision materializing. We’re pleased to bring GetTaxi’s innovative technology and good, convenient, and state-of-the-art user experience to the residents of and many visitors to New York,” GetTaxi cofounder and CEO Shahar Waiser told Globes. 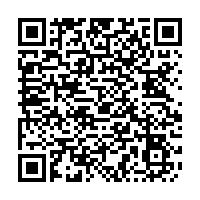