This past Monday night, the auditorium at the Alon Shvut Cultural Center burst into color, song and then dance as the tenth anniversary performance of the Dames of the Dance, a true extravaganza, got under way.

Girls and women from across the lifespan took the stage to bring a night of sheer happiness to their fellow females in the Jewish world, while raising money to support the construction of a new home of IDF Lone Soldiers in the Gush Etzion community of Rosh Tzurim, as well as their regular annual fundraising project for needy families.

The original brainchild of Efrat activist Sharon Katz, Dames of the Dance is nevertheless a massive collaboration of gifted choreographers, producers and artists who meld their talents to create a Torah-true show that simply reeks of joy and fun.

Not that it lacked for depth, even for a second: Each dance segment was preceded by a quick video clip with an efficient bilingual explanation of the meaning of the performance and its style, projected for the audience to read on the backdrop of the stage, as the choreographer was likewise introducing the piece.

Classical ballet, modern ballet, jazz ballet – it was all there and then some.

And then, of course, there was everything else. Even authentic Mizrahi belly dancing led by choreographer and costume coordinator Naamit Leavitt.

Israeli folk dance? Of course. Theater dance – complete with a kick line – rhythm and romp, hip hop and even ‘Bollywood’ … there was no lack of creativity and no lack of professionalism. But it wasn’t just about dance, title to the contrary. There were also vocalists and solo dancers. And keel-over-laughing comedy.

Perhaps the number that won the highest accolades from the audience was the “Dames of Canes” – featuring some of the oldest members of the Dames and all of their aches and pains and canes along with – and gales and gales of laughter, prompted in large part by the sterling performance of Sharon Katz. How old were the performers in truth? Impossible to tell. But they were everyone’s Bubbe, anyone’s mother-in-law, and the old lady your mother remembers who made the best potato kugel that she ever tasted.

Choreography advisers Jocelyn Odenheimer and Judy Kizer, producer Sharon Katz, and co-producers Cheryl Mandel and Bati Katz were all part of the mammoth production that became a giant kaleidoscope of “Dames” and dance and song.

It’s been ten years since a group of women got together in their evening dance group and organized to help out those who were less fortunate in their communities.

Monday night’s performance played to a packed house and went off without a hitch with one tiny exception at the start: the sound system worked beautifully (a major concern in any show), stage lights coordinated as planned, and not one wardrobe malfunction marred the evening. For any show, that is a major miracle all on its own. Ask Janet Jackson.

The Dames of the Dance 10th Anniversary Show rates a full 10 out of 10.

There’s one evening performance remaining on February 21, Wednesday night at 8 pm, and on February 26, a matinee next Monday at 5 pm. Don’t miss it, if you’re anywhere around Jerusalem or the Gush Etzion area, and you’re female. Tickets: tixiwise.co.il/damesofthedance 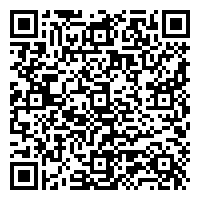