The Knesset has unanimously passed a law that will allow families of Yemenite children who disappeared decades ago to exhume their graves for DNA testing.

The law, proposed by Likud MK Nurit Koren was passed by the Knesset plenum in an emotional second and third reading on Monday, and will remain effective for two years. Koren herself is the daughter of Yemenite immigrants whose cousin was among those who disappeared.

The families of at least 300 children who vanished between the years 1948 and 1970 are to be funded by the new law. They now will be allowed to obtain a court order to open the graves where their children are allegedly interred and request genetic testing to determine who lies therein – at state expense.

More than 1,000 families of mostly Yemenite immigrants allege their children were kidnapped and then handed to Ashkenazi families for adoption in Israel and abroad.

Some Israeli officials told the families that their children “died” and were “immediately buried,” often without first notifying parents.

An online database of some 200,000 pages of declassified documents about the bitter affair was finally posted online by the Israeli government about a year ago – after probes by three separate government committees.

In some cases, families don’t even know where their child is buried; in others, graves have been identified with multiple bodies.

Five MKs Reveal How the State Stole their Families’ Children 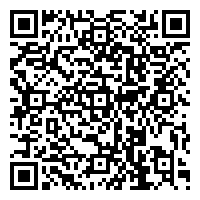