BtS opted not to send representatives to the debate, which was titled, “The activities of the Breaking the Silence organization against Israeli citizens and IDF soldiers.” The organization stated that “the very title of the debate clarifies that its intent was to write yet another chapter in the incitement campaign against soldiers who break the silence. This move was intended to prevent a meaningful debate about the value of the testimonies of soldiers about what goes on in the disputed territories — for the sake of the State of Israel in general and for the education system in particular.”


Chairman Margi argued that by not showing up the members of the organization showed contempt for the Knesset, to which MK Galon responded: “The fact that BtS did not arrive at the Knesset does not show contempt for us, but what does show contempt are the MKs who present here a kind of McCarthyism. There’s no reason for BtS to become a punching bag for the MKs. The MKs sitting here don’t have a monopoly on the IDF soldiers, no one does — everybody’s children serve in the Army. Don’t pretend to be patriots, what you’re doing is a witch hunt.”

MK Anat Berko (Likud) said at the debate: “I am concerned that they’re placing a Mark of Cain on IDF soldiers. This is not a legitimate organization, because there are enough conduits in the Army through which one can complain without staining all the IDF soldiers.”

Ayelet Nahmias-Verbin (Zionist Camp) said, “I signed the letter against BtS, I oppose their activities abroad. My big problem is that I was not sensitive enough as to the incitement machinery behind this move [condemning BtS]. No one is talking about donations right wing NGOs are receiving. It cannot be that the [criticism of BtS] would be done with humiliation and incitement.”

MK Kisch told Israel Radio that it has been proven that BtS has no objections to spreading lies about the IDF abroad. He said the left does not own the monopoly on human rights, and that the right is just as committed to them. But the right is also committed to repelling any attempt to besmirch the IDF. 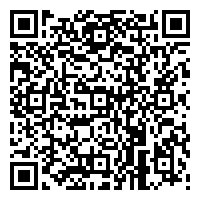