The 20-year-old star Miley Cyrus has caused some more controversy, by reportedly suggesting that music industry executives are too old and too Jewish to handle her career, the Daily Mail reported.

“It’s always weird when things are targeted for young people, yet they’re driven by people that are like 40 years too old,” Cyrus told Hunger TV.

“It can’t be like this 70-year-old Jewish man that doesn’t leave his desk all day, telling me what the clubs want to hear.”

She also said: “At first, on paper, that video sounded insane. No one understood it, and I’m just like, Let me film it and then, if it doesn’t work out, you never have to trust me again — but if it works out you have to let me drive this ship.”

So Miley Cyrus thinks she’s smarter than the powers-that-be in the music business. But does it make her an antisemite? Is it now bad manners to call someone an old Jew? Tell us what you think… 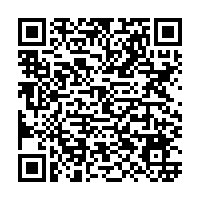