Legendary Pink Floyd bassist Roger Waters may be ramping up his anti-Semitic attempts to discourage other musicians to boycott Israel, but there is mounting evidence that the music world is saying “We don’t need no thought control.”

In addition to the Rolling Stones, Justin Timberlake, Neil Young and Backstreet Boys, iconic rock bands Soundgarden and The Pixies have announced that they will perform at Tel Aviv’s Bloomfield Stadium in July 2014.


The lineup of talent headed for Israel comes on the heels of repeated blows for the BDS movement. Earlier this year, SodaStream spokeswoman Scarlett Johansson refused to bow to pressure to abandon the company because of  a factory in Kfar Adumim, and talk show host Ellen DeGeneres gave the company an Earth Day prize for its use of reusable bottles. 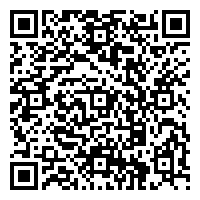