(JNi.media) It has been widely publicized that the number of policemen in the streets of Jerusalem has multiplied several times in recent weeks, and the border police has sought reinforcements through boosting the number of reservists called for duty. On Wednesday morning, Army Radio reported that the other half of the Law and Order apparatus, the prosecution, is also in dire need of substantial reinforcement these days.

Riots and stone throwing in the Arab enclaves of eastern Jerusalem, as well as many cases of incitement to violence, have resulted in a very significant increase in the number of indictments filed last month in Jerusalem. The data in indicate that the month of October saw an increase of 75% in the number of charges of disorderly conduct, rioting, incitement and stone throwing, compared with ordinary months, the vast majority of which were filed against Arabs who took part in violent incidents related in one way or another to the wave of terror.

Overall more than 70 indictments have been submitted, which may not sound like much for, say, Chicago IL, but it is a very large number of these offenses for one month in eastern Jerusalem, with about 450,000 residents (some 60% of the overall population in the capital). Statistically, should these figures remain as they are, they’ll reach 840 cases a year, or 186 cases of terrorist violence per 100,000 residents. It’s true that the US was 403 violent crime incidents per 100,000 residents, but those involve rape, burglary and robbery. In eastern Jerusalem it’s almost entirely just terrorist attacks.

In addition to beefing up the ranks, the prosecution is also starting to demand tougher sentences, in an attempt to both deter new terrorists from taking to the streets and to prevent existing ones from returning to the cycle of terror. And so stone and Molotov cocktail throwers will be cooling their jihadist feet for longer periods now.

Jerusalem District Attorney Nurit Litman told Army Radio: “We receive a vast number of cases, double the volume we deal with routinely. We hope the recent amendment to the law, which added the crime of stone throwing, and the amendment added this week about minimum sentences, will lead to stricter penalties handed down by the courts and the deterrence of potential rioters.”

In a month or so, the Prosecutor’s Office, as well as the Justice Ministry and the Security Cabinet will need to evaluate whether the changes in the law have done the job and terrorist violence has been reduced, if not quelled entirely. 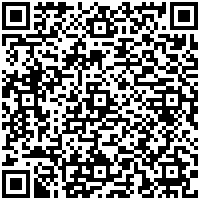