“Ben pekuah” is a Talmudic reference to a calf that was removed from his mother’s womb after she had been slaughtered properly. Some sages agree that the newborn calf will not require slaughtering to be eaten, since it is technically part of an already slaughtered animal. But they mostly agree that even if on the Torah level the animal may be eaten without killing, it should be slaughtered nevertheless, to prevent confusion.

Indeed, some commentators have suggested that when Joseph complained to his father Jacob about his brothers who transgressed the prohibition against eating the flesh of a living animal — the brothers had actually been feasting on such an in utero calf.

But what if a male and a female in utero calves were to be mated, to eventually procreate an entire herd that according to the Torah may be eaten alive? Would the prohibition of mar’it ein-misleading visual message still hold when it is well-known that the herd is entirely pre-slaughtered?

A similar debate is being conducted in the halakhic world around the new development, which is yet to prove itself commercially viable, of in vitro meat. Also known as cultured meat or synthetic meat, in vitro meat is an animal-flesh product that has never been part of a developed, living animal. Several research projects have experimented with in vitro meat in the lab, with the first in vitro beefburger, created by a Dutch team, being consumed publicly in London in 2013.

According to the NY Times, there remain difficulties to be overcome before in vitro meat becomes commercially available. For one thing, it is still prohibitively expensive, the cost could be reduced as the technology improves to allow for mass production.

The other problem with in vitro meat is cultural, since many consumers might object to eating meat that has not developed naturally and has not been killed.

According to Kippa, the entire spectrum of National Religious rabbis, who normally disagree on just about everything, welcome the idea of cultured meat, even though it is years away from being available commercially. The process of developing in vitro meat begins with taking muscle cells and applying a protein that promotes tissue growth. Once this process has been started, it is theoretically possible for it to continue producing meat indefinitely without introducing new cells from a living organism. A Daily Mail 2012 story claimed that, in ideal conditions, two months of in vitro meat production could deliver up to 50,000 tons of meat from ten pork muscle cells.

In vitro meat may be produced as strips of muscle fiber, which grow through the fusion of precursor cells – either embryonic stem cells, adult stem cells, or specialized satellite cells found in muscle tissue. This type of meat can be cultured in a bio-reactor.

A 2009 Time article suggested that meat could be grown into “real” muscle, which would require giving it a circulatory system in order to deliver nutrients and oxygen close to the growing cells, as well as to remove the waste products. Other cell types, such as adipocytes, would also need to be grown, as well as chemical messengers to provide clues to the growing tissue about its structure. The growing muscle tissue would need to be physically stretched or “exercised” in order to develop properly.

Rabbis Dov Lior, Yuval Cherlow, and Shlomo Aviner believe that the new invention is vital, explaining that it does not constitute a problem of eating the flesh of a live animal — even assuming that the source animal for the cells would not be slaughtered, kosher or otherwise. They believe that with the proposed technological process in place, the substance would not even be considered meat, but “parve.” 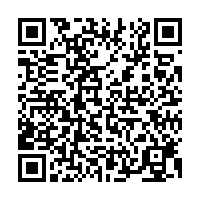