The second potential terror incident of the day was averted late this afternoon (Tuesday, September 2) when a driver, trying to ram through the Eyal checkpoint near Qalqilya, was shot and killed by IDF forces.

The Sharon District Police reported that the driver intended to run over soldiers and civilians at the checkpoint when the forces opened fire on his car.


At least three passengers were present in the car. The driver was shot, and second man was shot in the leg trying to escape. The two were evacuated to Meir Hospital in Kfar Saba.

The report stated that the soldiers opened fire at a short distance from the checkpoint itself, when they realized that the car, bearing Israeli license plates, was aiming to hit them.

Earlier today, a pair of suspects were caught in central Israel for attempting to carry out what investigators believe to be an intended suicide attack. 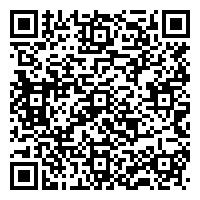