Shortly after a resident of Yitzhar, a Jewish community south of Sh’chem, was injured on Tuesday at 8:40 in the morning from stones that were thrown at her by Arabs in the nearby town of Huwara, a group of area Jewish residents arrived in the Arab town to demonstrate against the helplessness of the security apparatus in dealing with Arab terrorism, Hakol Hayehudi reported.

“I was on my way to repair the window broken last week by stones they threw at me,” the woman whose car was stoned on Tuesday said. “And then what happens on the way? They throw a stone on another window and my girlfriend who’s sitting next to me is hit and injured.”


“And what are the soldiers over here saying?” she continued, “‘We are providing a response.’ And what’s the response they’re providing? Let’s get the car moving and return to our routine.”

“It cannot be,” the woman driver continued, “It’s insane, and I don’t accept it. Let them turn all the Arabs around and send them home. It cannot be that the Arabs are throwing stones at us and we accept the ‘situation.'”

She added, “It’s very nice that they captured the Arab who threw the stone, but there are another fifty Arabs just waiting for the opportunity [to throw more stones]. We want them to provide a real response, not just catch someone and let him go two hours later.”

The demonstrating Jewish residents carried signs and catcalled the arrested terrorist as he was being removed. Another demonstration at the Yitzhar junction resulted in the IDF temporarily barring Arab motorists from Gilad Road near Yitzhar. 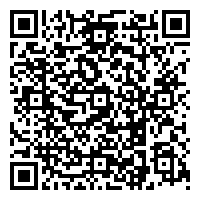