The U.S. State Department in its latest human rights report elevated its criticism of Israel’s treatment of African refugees.

The report for 2012, issued April 19, said “the treatment of refugees, asylum seekers, and irregular migrants” was a “most significant” human rights problem. That was added to the three areas singled out by the department in the 2011 report: terrorist attacks against civilians, which the reports blame principally on Hamas forces in the Gaza Strip; Israel’s discrimination against its Arab citizens; and discrimination against women.


In the 2012 report, the “Protection of Refugees” section singles out the Israeli government allowing nongovernmental groups only limited access to the refugees — a practice the 2011 report does not mention.

The report also notes that “the government significantly increased its capacity to detain and hold illegal migrants during the year by enlarging existing detention facilities and constructing the first wing of a new 10,000-bed facility.”

It notes, too, for the first time official and unofficial incitement against refugees.

“Government officials and media outlets periodically referred to asylum seekers as ‘infiltrators’ and characterized them as directly associated with rises in crime, disease, and terrorism,” the report said. “Interior Minister Eli Yishai made several inflammatory comments about African migrants and organizations that provided them with assistance, and threatened mass arrests and deportation of illegal migrants. Yishai publicly stated the purpose of the Prevention of Infiltration Law was to make the lives of asylum seekers unbearable.”

The report, which focuses on threats against civilians and not on governments, otherwise scored human rights in Israel along the same lines it had in 2011.

Above all other threats to human rights, it listed terrorist attacks against civilians, noting that most of the threats emanated from the Gaza Strip, which is controlled by Hamas.

Arab citizens faced institutional and societal discrimination,” the report said, as it had the year previous, noting physical attacks on individual Arabs and discrimination in funding schools and allocating land and resources.

A separate report on the “occupied territories,” referring to Judea and Samaria and the Gaza Strip, criticized the various powers in the areas: the Palestinian Authority, Hamas and Israel.

It said that “some” of Israel’s killings of Palestinians were unlawful, noted torture under the Palestinian Authority and again mentioned Hamas terrorism targeting Israel, as well as other repressive practices within Gaza. It also pointed out expressions of anti-Semitism by Hamas and PA officials. 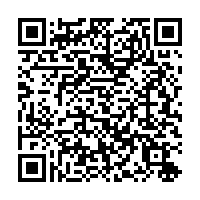