Sunday, June 12, 2016 was the second anniversary of the kidnapping and murders of three yeshiva teens in Gush Etzion.

The anniversary follows barely a couple of days after the latest shocking terror attack in Tel Aviv, where three illegal Palestinian Authority Arabs managed to infiltrate and carry out a shooting at the upscale Sarona market center. Four people died and at least four others were seriously wounded.

And then for good measure, in the wee hours of Sunday morning a homegrown American-born Afghan-ancestry terrorist in the United States, 29-year-old Omar Sadiqque Mateen, carried out the worst mass shooting in American history at the Pulse night club in Orlando, Florida — killing 50 and wounded 53 more. He held early 30 people hostage till 5 am till a SWAT team finally managed to storm the building, free the hostages and kill the attacker, who had pledged allegiance to Islamic State prior to launching his attack.

But things were not quite this exciting when Eyal Yifrach, Gilad Sha’er and Naftali Frenkel were standing at a hitchhiking post and bus stop not far from their yeshiva when they were picked up by a car driven by Hamas terrorists from Hebron.

Within minutes they realized they were being kidnapped. Gilad managed to call Israel police and frantically whispered into the phone, “we are being kidnaped. Help us.” But as soon as his captors caught on to his actions, the next sounds heard by the dispatcher were curses and yells in Arabic, and then gunshots – most likely the final moments of the boys’ lives.

Their bodies were subsequently found nearly three weeks later, buried in a shallow grave in a field in Halhul, a town about five minutes north of Hebron. The car in which they had been kidnapped was also found, incinerated in a field south of Hebron.

The attack proved to be the start of what ultimately developed into Operation Protective Edge – Israel’s 2014 counter terror war with Hamas in Gaza — and the launch of an era in which one might say the proverbial “no holds barred” has ruled the world of terror since. 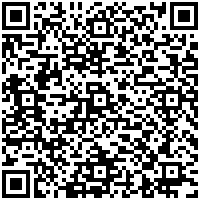