Over 100 Ukrainian Jews fled war-torn Ukraine and arrived in Israel on Tuesday, February 23. Many Ukrainian Jews have been leaving their country of birth due to violence and frequent anti-Semitic attacks. They were assisted by the International Fellowship of Christians and Jews (IFCJ), which has been spearheading a project of bringing Jews to Israel from countries engulfed by war.


Sisters Marina and Alexandra Prokopovych, aged 17 and 15 respectively, were among the new immigrants who arrived in Israel. They had lived in the small suburb of Rakytne. Both were severely beaten at their high school in what began as a nationalistically-motivated attack, but which spilled over into overt anti-Semitism.

IFCJ Director of Communications Tali Aronsky told Tazpit Press Service (TPS) that the girls were called “separatists” and “Zhids” [Jews] prior to the assault because they spoke Russian instead of Ukrainian.

“The girls sustained serious injuries as a result. One suffered concussions and had to get stitches. Even the teachers joined in the beating. The father remembers similar things that happened when he was younger, but he decided that it was time to leave when it happened to his daughters,” she said.

Dmytro Prokopovych, the girls’ father, also remembers that he had switched schools three times due to his ethnicity. He himself suffered fourteen concussions from similar attacks during his childhood and he maintains that anti-Semitism is still very prevalent in post-Soviet Ukraine.

“I recently discovered that my family’s real surname is Evenbach and not Prokopovych. It was my grandfather’s surname. My father would not be admitted to university with this surname in Soviet times so he changed it to his mother’s maiden name,” Dmytro recalls.

IFCJ founder Rabbi Yechiel Eckstein decided that efforts to rescue Jews in countries with prevailing anti-Semitism were insufficient. The IFCJ then began actively searching for Jews suffering in countries affected by war. Many of the immigrants receive additional funds since they were forced to leave behind homes that have become essentially worthless due to the conflicts.

“We don’t wait for the Ukrainians to call us up. We go to them and we also give them more support. We offer them $1,000 per family and $500 for every child in addition to what they get from the government,” Aronsky told TPS.

The new immigrants will be given guidance and career advice. Aronsky said that the organization has also reached out to other countries such as Venezuela, Uruguay, Turkey, and even several Arab countries and has managed to bring some 2,355 Jews to Israel. Aronsky was unable to divulge the identities of the Arab countries due to security concerns for the Jews involved. 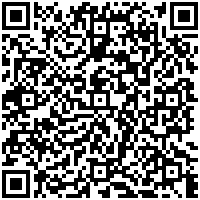