The United Nations will discuss revisions to the U.N. Relief and Works Agency for Palestine Refugees in the Near East (UNRWA) today at the organization headquarters in New York.

The organization has come under criticism from left-and right-wing Jewish groups in Israel, who say UNRWA perpetrates the Palestinian “refugee” issue by granting refugee status to the children and grandchildren of Palestinians who left their homes during Israel’s 1948 War of Independence. No other displaced population enjoys such a broad definition of “refugee,” and no other refugee population has a UN relief organization dedicated specifically to its needs.


In addition, the organization has been accused of refusing solutions for permanent housing for Palestinian refugees in Judea and Samaria and Jordan. Observers say UNRWA schools are a hotbed of anti-Israel incitement and encourage children to retain their allegiance to the right of “return” to the homes their grandparents abandoned as little children.

As a result, UNRWA perpetuates the refugee issue (66 years after the War of Independence it is no longer a “crisis”) and empowers a Middle East culture that encourages dictators to blame Israel for all regional troubles in order to deflect local criticism of their minority rule.

As a result of UNRWA policies and Middle East politics, Palestinians in refugee camps around the Middle East suffer some of the most squalid living conditions in the world.

Monday’s discussion will focus on an initiative by the American Association of Jewish Lawyers and Jurists, specifically on a proposal to change UNRWA’s definition of refugee. According to the Israel Hayom daily, the group argues that in contrast to other relief organizations that seek to resettle refugees, UNRWA has repeatedly prevented the resettlement of Palestinians. Additionally, while in other organizations the number of refugees is limited to those who fled their countries, UNRWA inflates its numbers by including all the descendants of the original Palestinian refugees from the War of Independence in 1948.

“There is no reason for a fifth-generation descendant, living in Gaza, to be considered by an organization supported by Western countries as a refugee from Palestine,” said former MK Einat Wilf, an activist who supports UNRWA reform.

Irit Kohn, the president of the International Association of Jewish Lawyers and Jurists, concurred: [“UNRWA] prolongs the refugee problem and does not facilitate any solution. Had the considerable funds that have been transferred [to it] been utilized properly, the situation could be totally different,” Israel Hayom reported.

UNRWA and the Nakba

The New York discussion comes on the heels of several embarrassing revelations about UNRWA in recent weeks. Last week, the Algemeiner Journal reported that UNRWA had refused to protest Hamas refusal to purchase vaccines and medicines for health clinics and hospitals in Gaza.

And last week, UNRWA officials attended a Nakba Day celebration in Gaza City dedicated to the supposed “right” of Palestinian refugees to immigrate to Israel.  At that ceremony, Palestinian children dedicated themselves to “returning” to long-destroyed villages in Israel.

“The Right of return is not subject to any statute of limitation, as it is a personal right that stems from the sanctity of the private property of the refugee according to which Jews had restored their confiscated properties after the Second World War,” the children said at a press conference at the Ministry of Culture.

“It is an individual and collective right that could not be waived for any reason at any agreement or convention,” they added. 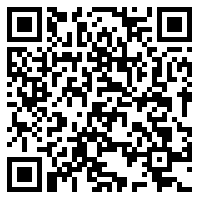