Here at the Muqata think tank, we’ve been analyzing the changes happening around us, and envisioning what a new Middle East could look like, or turn into, if given the chance—based on the real state of affairs in our region. Obviously, we’re looking to develop the best possible realistic scenario for Israel as can be, based on current parameters.

America’s betrayal of long time allies, and its shifting of alliances to the worst of the worst of the Islamic fundamentalist governments, has encouraged a sea change for the entire region.


After U.S. failure to turn Egypt into a fundamentalist Islamic state, it’s now turning to firmly prop up the Islamic Republic of Iran. The end result is that any hope for a popular uprising that would throw out the Ayatollahs is now lost.

A revitalized, aggressive, fundamentalist, and obviously nuclear Iran constitutes a clear and present danger to all the countries in the region, not just Israel.

The recent U.S. betrayal of its long time allies has taught Saudi Arabia, Egypt, and the Gulf States the lesson of an exaggerated reliance on the world’s biggest super power.

America’s Middle East policy has always relied on the three legged stool of Turkey, Saudi Arabia and Iran. When America lost Iran, it tried to replace it with Iraq, then with Egypt, but each attempt resulted in unexpected consequences.

For the U.S., the Iran deal represents a much sought after return to an old and familiar Mid-East policy, never mind the fact that this time Iran and Turkey are very much Islamic, and have developed an imperialistic appetite that threaten their neighbors, most emphatically the Foggy Bottom stool’s third leg, Saudi Arabia, which isn’t buying any of it.

It’s no accident that there has been noise about the Saudis preparing to assist Israel in a strike against Iran’s nuclear facilities. The Gulf States, too, save for Bahrain, are in Israel’s corner, having had thriving business relations with Israel (and shhh, even Settlers) for years. They all view Iran as a radical menace and Israel as its stabilizing antidote.

At the Muqata think tank, we’ve come up with what could be a very realistic realignment, and a plan for a truly new Middle East (Tom Friedman, eat your heart out).

Israel has innovation. Israel has technology. Israel knows how to make deserts bloom. Israel has security. But Israel, while becoming energy independent, doesn’t have oil or money (on the Saudi scale), or the production capability to stand alone.

Actually, both states could use better production capabilities.

Both also have had the same reliance on the U.S. to supply them with military platforms.

It’s also no secret that Israel’s military technology and know-how is superior to that of the U.S., but the latter is making sure that the former not be allowed to compete with industries in the American military industrial complex.

And don’t get us started on Israel being forced to take the less than wonderful but shockingly expensive F-35.

Ask yourself, what would happen if Saudi Arabia were to change its buying habits?

Let’s say that Saudi Arabia made a new alliance with Israel, based on mutual defense and mutual interests.

It would require of the hyper conservative Saudis to do something brand new, something they wouldn’t have dreamed of doing only a five years ago, when their ambassador to the U.S. was considered an adjunct member of the Bush cabinet. But those days are gone, and the Saudis, perhaps more so than Israel, are fearing for their lives.

One could think of worse reasons than the will to live for cooperation between historic enemies.

If such a pact—which could be denied ad nauseam by both sides—were to happen, we would definitely see Egypt and Jordan joining in. Secretly (at first).

The new Middle East would include Israel, Saudi Arabia, Egypt, Jordan, and the Gulf states, vs. Iran, Syria, Lebanon, Turkey and Gaza. 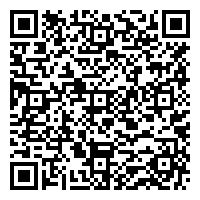