Six Israelis have gone to Geneva to argue Israel’s case before the Schabas Commission, which is investigating last summer’s conflict in Gaza on behalf of the UN Human Rights Council. The UNHRC has accused Israel of war crimes during Operation Protective Edge, the counter-terror operation it launched in response to Hamas’ rocket attacks and use of terror tunnels to attack towns in southern Israel.

Official Israel is boycotting the commission due to the UNHRC’s long record of bias against Israel. The head of the commission, William Schabas, is a known critic of Israel.


Among the Israelis in Geneva is Gadi Yarkoni, who lost both legs to a Hamas mortar. “I want them to understand that while we are the strong side, we’re not the cruel side. We’re the humane side,” Yarkoni told Channel 10 news.

He hinted that the delegation does not expect to change the commission’s anti-Israel stance. “If we can change their opinion just a tiny bit, it will be worth it,” he said.

The delegates plan to explain the realities of life under near-constant attack from Gaza, including the trauma that the attacks cause to children. Hamas fired over 4,500 rockets and mortar shells at Israel during Operation Protective Edge. Several Israeli children were killed or injured by rocket fire.

Operation Protective Edge aimed to destroy Hamas’ long-range rockets and its tunnels to southern Israel, which were used to launch attacks over the summer. It was later revealed that Hamas had been planning a massacre of Israelis living near Gaza, to be carried out on the Jewish holiday of Rosh Hashanah. 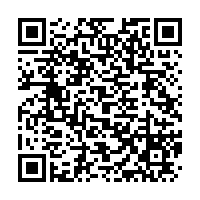