US Secretary of State Antony Blinken is set to arrive next week in Israel for a visit that has not yet been formally announced, Haaretz reported.

The Secretary is expected to meet with top Israeli government and other officials on Monday. He will meet for talks with the leadership of the Palestinian Authority the next day, according to Arab sources.

Blinken is expected to focus on “coordinating expectations” between the Biden Administration and the new Netanyahu government, along with preparing the groundwork for a visit by Israel’s prime minister to the White House, reportedly set for next month.

Among other issues, Blinken is expected to discuss the new government’s plan to reform the justice system, the current tensions over the Temple Mount, Israel’s counter terrorism efforts against attacks emanating from the Palestinian Authority, the PA’s efforts to drag Israel to the International Criminal Court, Russia’s war against Ukraine, and Iran.

During his conversation earlier this month with Jordan’s foreign minister, Blinken wrote in a tweet that he “expressed support for preserving the historic status quo at the Haram al-Sharif/Temple Mount compound.”

Prime Minister Benjamin Netanyahu has repeatedly emphasized his support for maintaining the status quo on the Temple Mount, throughout every government he has led since the 1990s, and including this time around.

As has his predecessors, Sullivan “restated the United States’ unwavering commitment to Israel’s security and to countering the continued threats posed by Iran to Israel, the United States, and the wider region,” according to a US readout from the National Security Council. He also stressed the US commitment to ensure Iran can never acquire a nuclear weapon and discussed Ukraine, as well as the intensifying defense partnership between Russia and Iran, and its implications for security in the Middle East.

Sullivan “underscored President Biden’s commitment to promoting a more integrated, prosperous, and secure Middle East region with benefits for all of its people, as exemplified by the recent Negev Forum Working Groups in Abu Dhabi,” according to the readout.

“In all of his meetings, Mr. Sullivan recalled that the United States’ longstanding partnership with Israel, which celebrates its 75th anniversary this year, is built on mutual interests and democratic values” and “stressed the Administration will continue to support the two-state solution, and will discourage policies that endanger its viability,” according to the readout.

“Mr. Sullivan underscored the urgency of avoiding unilateral steps by any party that could inflame tensions on the ground, with special attention to maintaining the historic status quo with respect to the holy places in Jerusalem,” the readout said.

“They discussed US support for peace, preserving the path towards negotiations for two states, and advancing equal measures of security, prosperity, and freedom for Israelis and Palestinians,” according to the readout.

Sullivan reviewed US commitments to the Palestinian Authority, including support for the East Jerusalem Hospital Network and establishment of 4G infrastructure in PA-controlled areas of Judea and Samaria.

According to the readout, he also “discussed the need for Palestinian leaders to help de-escalate tensions in the West Bank and to strengthen Palestinian institutions.” 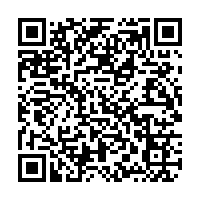