JERUSALEM – Palestinians were marching, rocks were flying, tires were burning and prisoners were hunger-striking.

Prompted by accusations that Israel was responsible for the death of a Palestinian detainee while in an Israeli prison, West Bank Palestinians erupted last month in a wave of riots on a scale not seen since October 2000, when Palestinian civil unrest heralded the start of the bloody second intifada that would last five years.

There are some strong parallels between February 2013, October 2000 and December 1987, when the first intifada began: widespread civil unrest in West Bank Palestinian villages coupled with the occasional violent attack.

But most experts don’t expect this latest wave of unrest to erupt into a third intifada.

While many Palestinians are deeply frustrated by the lack of progress toward Palestinian statehood, for now the fragile Palestinian leadership doesn’t seem to want another uprising, and Israel appears to be in a strong enough position to prevent one from breaking out.

“The chance of seeing a sharp rise in terrorism is very low,” an Israel Defense Forces official who insisted on anonymity told JTA. “There are a lot of things in place today that weren’t in place in 2000. The likelihood that we’re going to see buses blow up left and right are much smaller. We have free range to conduct counterterrorism operations.”

Israel is much better prepared to deal with violence than it was in 1987 and 2000 because of the security fence that now surrounds much of the West Bank, security coordination with the Palestinians and enhanced intelligence efforts, the IDF official said.
The unrest intensified with the Feb. 23 death of Arafat Jadarat, 30, a Palestinian prisoner held by the IDF. Palestinians blamed Israel for killing Jadarat; Israel maintained that he died of a heart attack.

Clashes among Palestinians, settlers and Israeli soldiers quickly spread not just throughout villages in the West Bank but also to landmarks such as Jerusalem’s Temple Mount. Palestinian Authority President Mahmoud Abbas accused Israel of “killing our children” after Jadarat’s funeral.

But the clashes have died down in recent days. Abbas and PA Prime Minister Salam Fayyad publicly advocate nonviolent protest, and the Palestinian Authority has maintained its coordination with Israel on security matters.

“Relative security stability” has prevailed across the West Bank, according to the IDF official. Officers from the IDF’s Central Command participated in a two-day workshop last month focused on riot control and the West Bank security situation, but the IDF official said, “The nature of our operations have stayed the same.”

The biggest obstacle to an intifada is Palestinian popular will, said Gershon Baskin, co-chairman of the Israel Palestine Center for Research and Information. Palestinians and their leaders are not ready to face arrests and what Baskin termed “harassment” on a mass scale.

“It takes an enormous amount of energy to go in that direction,” Baskin said. “You can do serious damage to the ability of Israel to contain the situation, and you will generate a tremendous amount of international support, but you need a leadership that’s willing to pay the price and they’re not there yet.

“The leadership is making a great deal of effort to control the situation on the ground. This is the expression of a great deal of frustration on the Palestinian side and energy in the society not to accept the continuation of the status quo. But it’s not at the point of boiling over.”

Mustafa Barghouti, a one-time Palestinian presidential candidate, told JTA that while not an intifada, a decidedly nonviolent “popular uprising” would take shape in the West Bank.

“It will be nonviolent, not military and it could expand to a much larger level,” he said. “We’re past the stage of localized activity. The Israeli public should see it as very positive because we are trying to save the very last hope of a two-state solution.”

Hillel Frisch, a professor at Bar-Ilan University and an expert on Palestinian politics, noted that the militias that led the second intifada “are shells of what they used to be,” and that Israelis are much more united on questions of security and diplomacy than they were a decade ago.

In the meantime, Frisch said, the IDF should be careful to remain “contained, reasonable and professional.”

Analysts do not expect the planned visit to Israel by President Obama to influence a possible uprising, though long-term U.S. policy toward Israel remains a source of Palestinian resentment. Barghouti called on Obama to pressure Israel to remove West Bank settlements.

More concerning for Israel, according to Frisch, is preventing a declining Palestinian economy from leading to an intifada. He added, though, that in Israel, worry about the next intifada is a “perennial concern.”

“I have heard ever since 2006 that the third intifada will break out,” Frisch said. “Every so often this question arises.”

A Stand Must Be Taken Against the Promotion of Murder 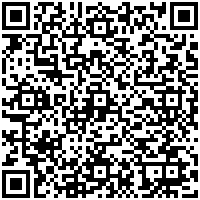