The Palestinian Authority finance ministry on Tuesday announced it would pay only 60% of the monthly salaries payroll due the civil servants for the month of May 2019, following Ramallah’s decision to reject Israel’s transfer of May’s tax revenue from which Jerusalem deducted the amount going to pay Arab terrorists behind bars, WAFA reported.

The Ministry said it would disburse 60% of the basic salaries for civil servants, military personnel and retirees in the PA and Gaza, setting a minimum of 2,000 shekels ($554), in addition to the transportation allowance these civil servants enjoy.


WAFA noted that in April the PA government also paid only 60% of its civil servants’ salaries, compared with only 50% in February and March.

The Ministry also announced that it would continue to pay the full salaries of the families of terrorists killed and wounded as a result of carrying out murderous attacks on innocent Israeli civilians.

According to WAFA, Chairman Mahmoud Abbas “has affirmed time and again that he will not accept any tax revenues that Israel collects on behalf of the Palestinian Authority as long as Israel continues to deduct the stipends allocated for Palestinian prisoners and their families.”

A public opinion poll commissioned by The Washington Institute for Near East Policy in June, 2017, showed that two-thirds of Judea, Samaria and Gaza Arabs polled disagreed with the PA’s policy, saying that terrorist prisoners and their families do not deserve extra payments on account of their “armed operations,” but should instead be given regular social benefits like other local Arabs. 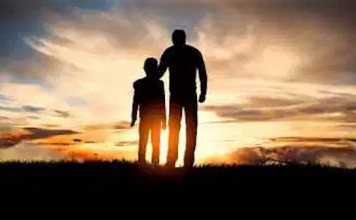