Israeli motorists came under attack Sunday night as they traveled south of Jerusalem along the Husan bypass road near the Judean Jewish community of Beitar Illit.

The area saw frequent stoning attacks by Arab terrorists last year, although it has been quieter for some time.

Three vehicles and a public bus sustained damage; rocks smashed into the front windshields of at least two of the cars, and knocked out the rear passenger window of a third. The windshield of the bus was smashed several times by rocks as well; it was a miracle that it didn’t shatter.

One person on the bus was mildly hurt and required treatment for trauma. Israeli security forces set out to for the perpetrators.

In Samaria, Arab terrorists also sent two flaming tires towards the gate to the rear entrance of the Samaria Jewish community of Rehelim, a small community located along Route 60 between Kfar Tapuach and Eli, east of the city of Ariel.

Israeli security forces were on site to confront the attackers.

About an hour later, an Israeli public bus came under a hail of rocks in the area of Migdal HaEmek, in the Lower Galilee.

A mother and daughter, ages 60 and 30 respectively, both sustained minor injuries. They were taken to HaEmek Medical Center for treatment.

It is expected that Abbas will ask the Security Council to establish a new fully sovereign, independent Arab state along the 1949 Armistice Lines, known casually as the “1967 borders” and to allow that state full membership in the UN General Assembly.

It is also expected that the United States — one of the UNSC’s five permanent members — will exercise its veto power to prevent the establishment of that state, until its leaders first comply with their obligations to complete direct final status negotiations with Israel under the Oslo Accords. 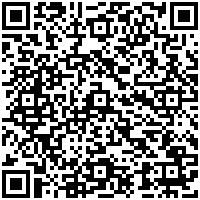