The Shin Bet (Israel Security Agency) announced on Sunday that they foiled an assassination attempt against Defense Minister Avigdor Liberman, planned by Islamic Jihad. The Shin Bet didn’t specify when the terror cell was captured.

They also announced they captured a second terror cell, planning shooting attacks against soldiers and civilians in Gush Etzion.


Six terrorists, tied to Islamic Jihad were caught plotting to plant a bomb on the road, so it would explode underneath Liberman’s vehicle as he drove by. Liberman lives in the community of Nokdim in Gush Etzion.

The ringleaders were named as Awad Mahmoud al-Asakra, 25, and Muhammad Ali Ibrahim al-Askara, 32, both from Bethlehem.

The plot was foiled in it early stages, when the group were still trying to acquire explosives for their bomb.

After failing to get assistance from Gaza, or acquire bomb material in the initial stage, they decided to build a dummy bomb, to show off their intentions and help them obtain the needed resources.

The dummy bomb was confiscated during the arrests.

Some of the members from each of the two terror cells told their interrogators they were hoping to receive financial rewards from the Palestinian Authority.

This wasn’t the first time there was an assassination plot against Liberman, in 2014, a Hamas cell acquired an RPG to hit Liberman’s car.

Obviously their plot failed too, and the cell was arrested. 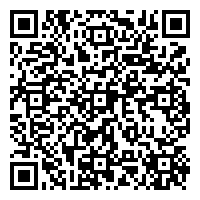