Two members of Congress met in Bolivia with an American-Jewish businessman who has been jailed there without charges for 18 months.

Reps. Chris Smith (R-N.J.) and Nydia Velazquez (D-N.Y.) arrived late last week to seek the release of Jacob Ostreicher, an Orthodox father of five and grandfather of 11 from Brooklyn who has been held in Bolivia without formal charges and bail since June 2011.

“The stress of his confinement and his hunger strike have taken their toll on his health since I saw him in June. But he’s still got a fighting spirit, considering that he’s experienced hell and high water. The arrests of a group of people connected to his ordeal have given us hope that recent progress can lead to his release.”

Smith held two congressional hearings on the case and met with Ostreicher in June at the Palmasola prison.

Ostreicher is frail due in part to a hunger strike protesting his imprisonment. Since being jailed he has begun treatment for Parkinson’s disease. Smith said he observed a noticeable trembling of Ostreicher’s hands that he had not observed during the June visit.

Since his arrest, Ostreicher has said that corrupt Bolivian officials wanted to keep him in jail in order to sell for their own profit the 18,000 metric tons of rice that they confiscated from him and to extort money in exchange for promises to help get him released.

In Bolivia, a person can be held up to 18 months without formal charges – a mark Ostriecher just passed, according to Smith’s office. 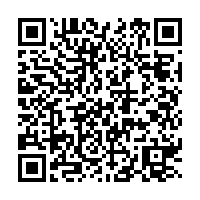