Russia’s embassy in Israel might be moved from Tel-Aviv to Jerusalem, but only after Israel and an independent Palestinian State have settled all their issues, Russian Deputy Foreign Minister Mikhail Bogdanov said in an interview with Kan, Israel’s Public Broadcasting Corporation.

After claiming that “There are no Iranian forces in Syria,” Mikhail Bogdanov, who insisted the images of civilians killed in Syria are staged propaganda, and hailing Iran’s contributions to the solution of unrest in Syria, the Deputy Russian Foreign Minister told his Israeli interviewer:

“Only after that, we will make a decision on our embassy move,” Bogdanov said.

TASS, which reported on the interview, explained that “Jerusalem is a major thorn in the side of Palestine’s relations with Israel that occupied the city’s eastern part in the 1967 war. They (the Israelis, apparently) insist Jerusalem is ‘the eternal, indivisible capital’ of Israel. The Palestinians, in their turn, are striving to have the city’s eastern part as their capital.”

What Heartfelt Prayers Can Do 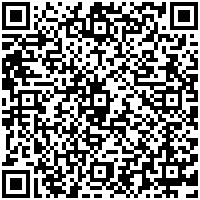