The IDF has begun to recruit reserves from the Home Front Command who will assist in Israel’s combat on the spread of Coronavirus.

A few hundred troops, trained to operate with the civilian population at a time of crisis, will assist the government in its efforts to stem the spread of the virus in Israel.

The number of Corona patients in Israel has climbed to 75 as Wednesday morning, but this number includes those who have already recovered.

All the Israeli patients are in light condition, except a 38-year-old man who is in serious condition.

The vast majority of the patients are Israelis who have recently returned from abroad, where they contracted the virus.

Tens of thousands of Israelis are in a 14-day quarantine over fears they may have contracted the virus, including some 4,500 school children, 300 teachers, and 2,400 IDF troops.

Public events around the country have been canceled, including events celebrating the Purim holiday and sports games.

The government announced a list of new restrictions on Tuesday, including a ban on gatherings and events of more than 2,000 people, bringing down the number from 5,000.

Prime Minister Benjamin Netanyahu on Tuesday evening held economic discussions with the Finance Minister, the Economy and Industry Minister, the Tourism Minister, the Governor of the Bank of Israel, the head of the National Security Council and other officials on the resilience of the economy during the Corona crisis.

“The Israeli economy is in an excellent situation. We are entering the Corona crisis and our situation is better than most countries around the world. We have taken steps, such as establishing a NIS 4 billion fund to help businesses that have been hurt by the Corona,” he stated.

The IDF’s Coordinator of Government Activities in the Territories (COGAT) delivered 20 tons of disinfectants from Israeli factories to the Palestinian Authority, including chlorine and hydrogen peroxide, to be used for disinfection, hygiene and sanitation purposes.

The novel Coronavirus COVID-19 is affecting 119 countries around the world. 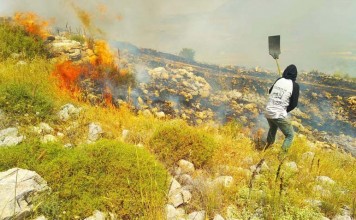 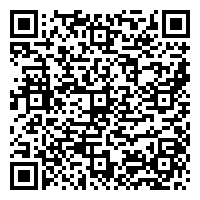