The earliest evidence of alcohol production, some 13,000 years ago, was discovered in the Rakefet Cave in Mount Carmel, in a joint study by researchers from the University of Haifa and Stanford University. The alcohol, probably a kind of beer made from fermented grains, was produced by the Natufians, who lived in the region at that time. This brewery precedes by five thousand years the earliest site to date, in northern China.

The Epipaleolithic Natufian culture existed from around 13,050 to 7,550 BCE in the Levant. The culture was unusual in that it supported a sedentary or semi-sedentary population even before the introduction of agriculture. The Natufian communities may be the ancestors of the builders of the first Neolithic settlements in the region, which may have been the earliest in the world. The Natufians are believed to have founded Jericho, considered by many to be the oldest city in the world. Some evidence suggests deliberate cultivation of cereals, specifically rye, by the Natufian culture, at Tell Abu Hureyra, in northern Syria, the site of earliest evidence of agriculture in the world. The world’s oldest evidence of bread-making has been found at Shubayqa, a 14,500 year old site in Jordan’s northeastern desert.


Mount Carmel was one of the most important and crowded areas in the system of Natufian settlements, and sites in the Carmel and surrounding areas have been studied by archaeologists from the University of Haifa for decades.

“The Rakefet Cave does not stop offering new discoveries about the wonderful Natufian culture,” said Prof. Danny Nadel of the Zinman Institute of Archeology at the University of Haifa, who leads the excavations. “We have already discovered that they buried their dead and that they lined the graves with a bed of flowers. We discovered their technological capabilities through a variety of tools and now we find that they produced beer and consumed it, apparently at special ceremonies.”

Another finding at the Rakefet Cave site were dozens of craters carved several centimeters deep in the rock, dating back 13,000 years.

The new study, a collaboration between Prof. Danny Rosenberg of the ancient stone tools laboratory at the Zinman Institute of Archeology at the University of Haifa and researchers from Stanford University, focused on a microscopic examination of the remains found in these three craters, of starches and phytoliths (rigid, microscopic structures made of silica, found in some plant tissues and persisting after the decay of the plant) containing traces of precipitation.

A microscopic examination two of the three craters showed microscopic remains of starch grains that underwent morphological changes which correspond to changes in starch during fermentation. The evidence shows that the craters were used to store grains before and after fermentation.

In the third crater, evidence was found that it was used for storage, but also as a receptacle in which grain could be beaten and crushed, a necessary stage in fermentation.

According to the researchers, the grains were apparently stored in baskets that made it easier to remove and feed the grains into the craters, evidenced by the remnants of fibers found at the bottom of the craters. A microscopic examination showed evidence that the fibers were rotated and processed to fit the pattern of woven baskets.

“The creation of these craters in the stone, and then the necessary actions to produce alcohol required great effort and professionalism, which attests to the great ceremonial importance that the Natufian culture related to the production of alcohol,” Prof. Nadel concluded, speculating that “since they were the first to invest considerable effort in their burial rituals, it is not inconceivable that the production and consumption of alcohol were also part of the Natufian burial ceremonies.” 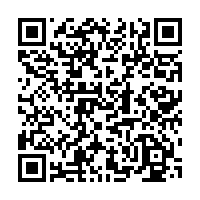